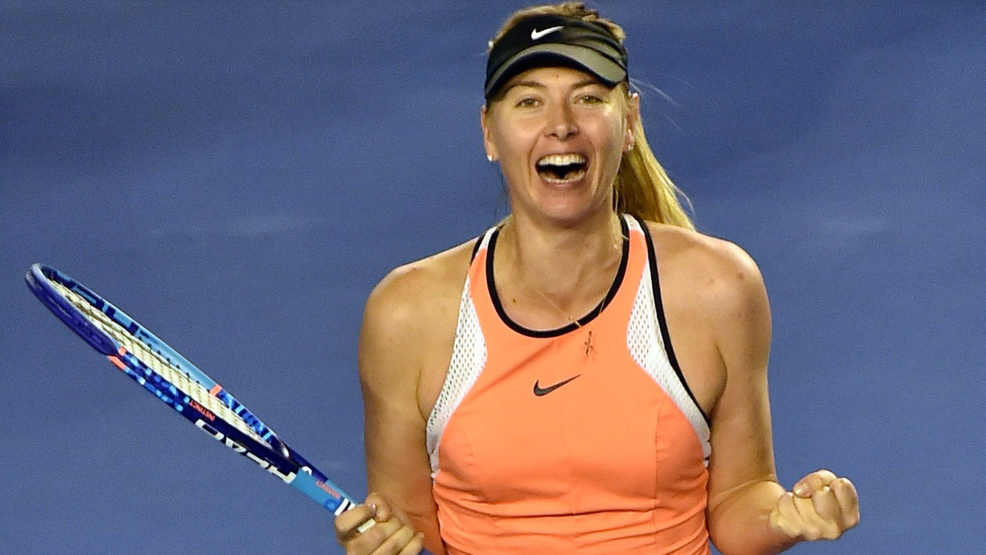 Russia's Maria Sharapova celebrates her win against Switzerland's Belinda Bencic during their women's singles on day seven of the 2016 of the Australian Open tennis tournament in Melbourne on January 24, 2016. AFP PHOTO / PAUL CROCK -- IMAGE RESTRICTED TO EDITORIAL USE - STRICTLY NO COMMERCIAL USE / AFP / PAUL CROCK (Photo credit should read PAUL CROCK/AFP/Getty Images)

Another Wild Card for Sharapova, This Time into Rogers Cup Main Draw

“Maria is a Grand Slam champion and a fan favorite,” said Karl Hale, tournament director, Rogers Cup Toronto. “She has served her suspension and we know our guests will be excited to see her play. She will join what is set to be a star-studded field, as we look forward to welcoming the best of women’s tennis back to Toronto this summer. It should be a fantastic Rogers Cup filled with high-quality tennis and entertainment.”

Sharapova, who returned to the tour in April after serving a 15-month suspension for using meldonium, an illegal substance, is a 2009 finalist.

“I’m really looking forward to coming back to Canada,” Sharapova said. “I have some great memories of playing Toronto in the past, and the tournament and the fans have always been so supportive. This is one of the biggest events of the year and I hope to play my best tennis that week.”

This is a big move by the tournament since their top star Eugenie Bouchard is against awarding Sharapova wild cards, going as far as calling her "a cheater" and also suggesting Sharapova should have been banned for life.

For Sharapova, this will be her fifth wild card since her return. She was awarded wild cards into Stuggart, where she reached the semifinals; Madrid, where she lost to Canadian Eugenie Bouchard in the second round; Rome, where she retired in her second round match with thigh injury; and Birmingham, a pre-Wimbledon event.

Last week she announced she won't be seeking a Wimbledon wild card into the main draw, but will play the qualifying draw. She was refused wild card entries into both Roland Garros qualifying and main draws.