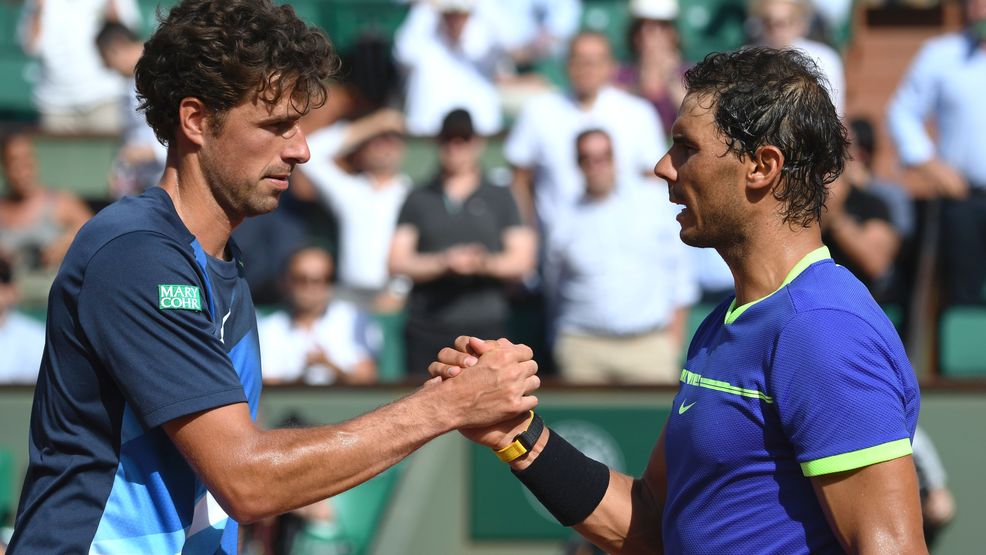 PARIS -- Defending champion Novak Djokovic and nine-time champion Rafael Nadal sailed easily past their respective opponents into the third round of Roland Garros on Wednesday.

"I think the beginning of the match and the way I have started," said Djokovic after the match. "Great first set, pretty much done everything I wanted. Midway second set until maybe midway third set, that's where I allowed him to believe more that he can get back into the match, and he started playing better. I felt like maybe I took off the foot from the gas a little bit.

"You know, he used his opportunities very quick to run around his backhand. Very aggressive. Likes to play on clay.

"Generally, I felt better than the first round, so that's exactly what I wanted," said Djokovic.

The No. 2 seed will next play Diego Schwartzman, who defeated Stefano Napolitano 3, 7-5, 6-2 to make his first third round of a Grand slam for the first time.

Meanwhile, Nadal, who's on a historic quest to win his 10th Roland Garros title, took out Robin Haase 6-1, 6-4, 6-3. Today Nadal played a more aggressive game than usual, finishing the match with 33 winners to 13 unforced errors. He went to the net 22 times, winning 15 of those net points.

"I think I played a solid match," said Nadal in his post-match press conference. "Hitting very well the ball with the forehand. I think my serve worked better than yesterday. Well, than two days ago.

"I was more or less under control during the whole match, so very happy winning in straight sets is always great news, and Robin is a dangerous opponent always. He can serve very well. Hit very strong. I think I did a lot of things well this afternoon., said Nadal.

Next up for Nadal is Nikoloz Basilashvili, who defeated Viktor Troicki 7-6(3), 7-6(2), 7-6(6). This is Basilashvili's first trip to Roland Garros third round.