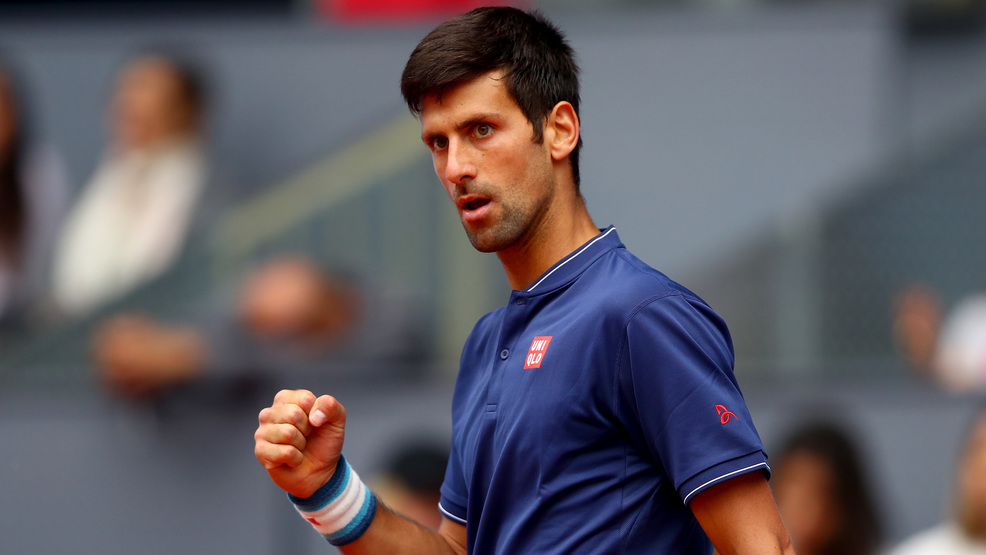 MADRID, SPAIN - MAY 10: Novak Djokovic of Serbia celebrates ta break point during his match against Nicolas Almagro of Spain during day five of the Mutua Madrid Open tennis at La Caja Magica on May 10, 2017 in Madrid, Spain. (Photo by Clive Rose/Getty Images)

Djokovic Getting His Groove Back in Rome

ROME, Italy -- No. 2 seed Novak Djokovic advanced to the quarterfinals of the Internazionali BNL d'Italia with a 6-4, 6-4 victory over Roberto Bautista Agut on Thursday.

Djokovic, who has struggled since winning Roland Garros in 2016, where he completed his career Grand Slam, is slowly finding his groove back. His 2017 season, which started with a win over No. 1 Andy Murray for the Doha title in January, had been subpar before reaching the semis of Madrid Open last week. He suffered an upset in the second round of the Australian Open by No. 117 Denis Istomin. In March, Djokovic lost to Nick Kyrgios twice-- in the quarterfinal of Mexico Open and in Indian Wells fourth round. He withdrew in Miami with an elbow injury. He lost to David Goffin in Monte Carlo quarterfinals, and to Rafael Nadal in the semis of Madrid Open.

"I'm getting closer," said Djokovic about his current form. "I feel like today's match was one of the better ones that I have played on clay court season but also overall last couple of months.

"So it came in the right time, of course, because, you know, we are getting to now the final 8 of this tournament and also getting closer to Roland Garros.

"So of course all the players are aiming to raise their level of tennis as we're approaching Paris, as well, of course, but especially here where we are at the moment at one of the best tournaments and biggest in the world.

"So of course I would love to be able to continue playing on that level and even higher as the tournament progresses, said Djokovic.

Next Gen star Alexander Zverev advanced with 6-3, 6-3 win over Italian star Fabio Fognini, who upset top seed Andy Murray in the second round. The 20-year-old next plays Isner is No. 5 seed Milos Rionic, who took out Tomas Berdych 6-3, 6-2.