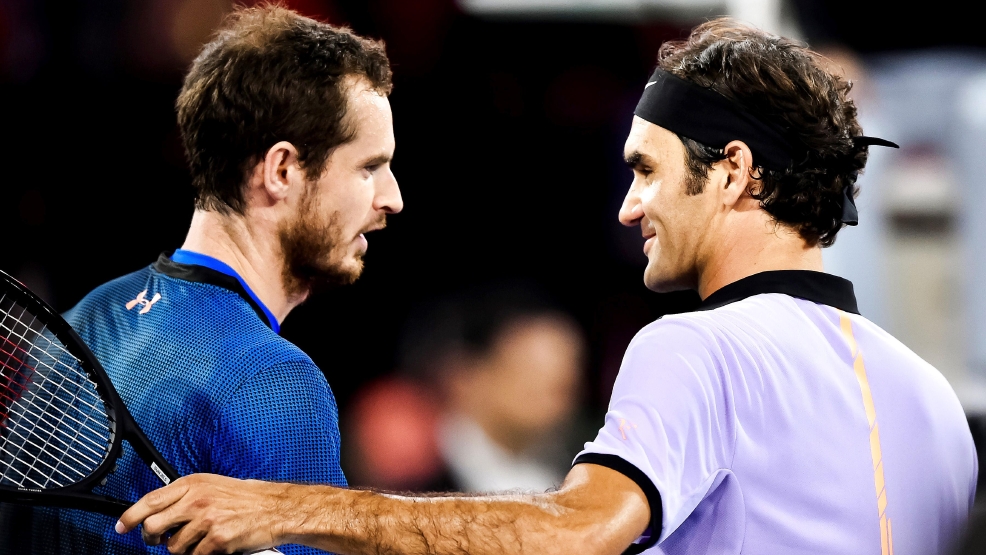 Federer Defeats Murray in The Match for Africa 3 Exhibition

In the first set, Federer jumped to a 2-0 lead but Murray quickly erased the deficit to bring the match back on serve. In the eighth game, Federer broke again and consolidated the match, wrapping up the set 6-3.

Trailing 5-6 in the second set tie break, Murray swapped places with one of the ballboys, who was happy to take center stage. It was short-lived, however, as the lucky ballboy double faulted, giving Murray back the racquet. Three points later, Federer took the match 6-3, 7-6(6).

This was Murray's first match in weeks after withdrawing from the Miami Open with elbow injury.

"I haven't played a match for five or six weeks, so it was great to come out and play in front of the crowd against Roger," said Murray in the post-match on-court interview.

The world No. 1 hopes to kick off his clay court season next week in Monte Carlo.

"Monte Carlo starts one week from today so I'm hoping if I keep progressing like I have with the elbow, I'm hoping to play Monte Carlo," said Murray. "But if not then, I'd just need to stay patient. I'll try the following week but I'm getting there. I just have to go slowly."

Federer, however, is looking forward to resting in the next coming weeks ahead of Roland Garros.

"I'll be resting most of the time and the body needs a rest," said Federer. "I can feel it. It's not the youngest body but everything is good. I'm gonna enjoy my time with the family.

"Eventually I'm gonna get back to practice, and when I do, I'm gonna go full steam, and I should be back for the French Open. That's the plan," said Federer.

The fourth installment, featuring Federer and John Isner, will be held on April 29 in Seattle, WA.