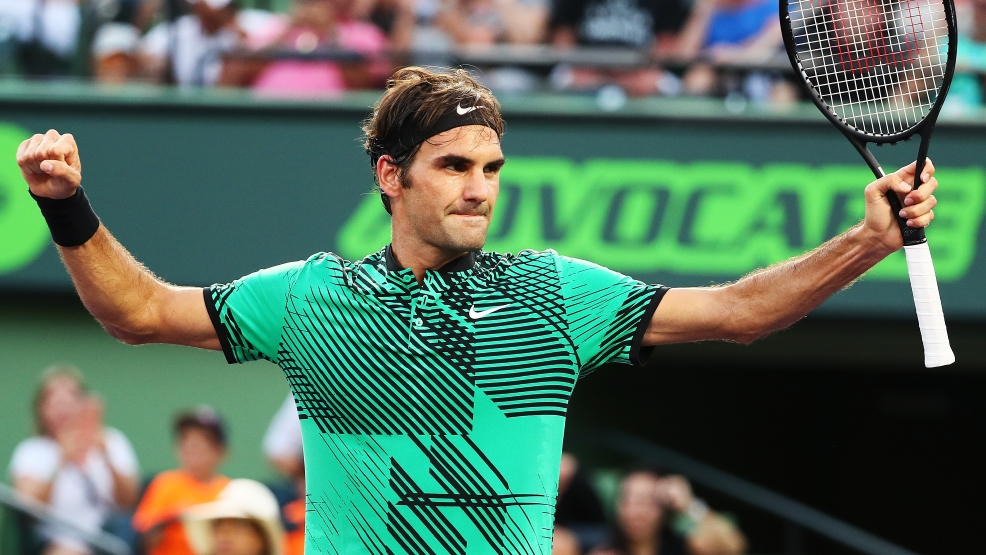 Federer Escapes Upset to Move into Semis in Miami

KEY BISCAYNE, Fla. -- Roger Federer avoided being sent home by an inspired Tomas Berdych in the quarterfinals of the Miami Open on Thursday.

Berdych found his footing in the second set, taking a set from Federer. This was the first set Federer has lost in 10 matches. In the third set, Federer served for the match at 5-3 but was not able to close out the match as Berdych retrieved the break and consolidated to level the set 5-5. The set was sent to a tiebreak where Berdych squandered two opportunities to send Federer home.

"I just lost by one point. It's very simple," said the testy Berdych. "It's very straightforward.

The No. 4 seed was happy to dodge the upset.

"I'm happy today to have come through somehow," said an elated Federer. "I definitely got very lucky at the end. But I think I showed great heart today, Tomas really started to step it up and it was a great match at the end."

Federer awaits the winner of 21-year-old Nick Kyrgios and 19-year-old Alexander Zverev. Federer and Zverev were due to clash in the quarterfinals of the BNP Paribas but the Aussie withdrew from the match with food poising.

"You know, big players," commented Federer about the challenges Kyrgios and Zverev might bring on the court. "They like the big stage. Both have a big serve. Both real nice backhand, and the belief, so that makes them just very tough to play, you know in any given match.

"The question with those guys coming up is can they bring to even single day? How is the mind and the body coping through all the sort of newer stress for them that they're experiencing?"

Federer is a two-time Miami Open champion, having won is 2005 over Rafael Nadal and in 2006 over his now coach Ivan Ljubicic. Feder also also won Indian Wells back-to-back in those two years, notching two 'Sunshine Doubles'. He's now two matches away from winning his third Miami Open and also his third 'Sunshine Double' as he won this year's Indian Wells.