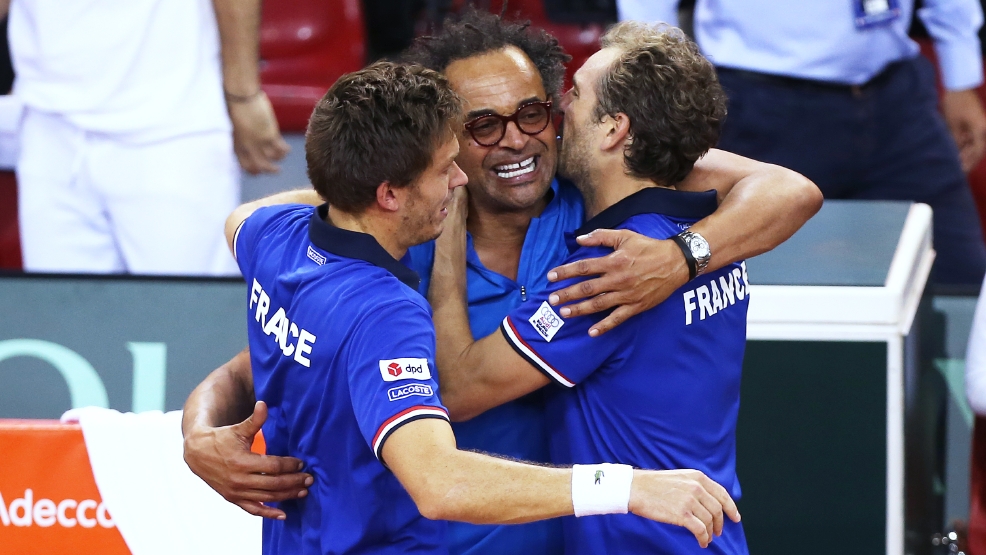 For the fifth time in eight years, France advanced to the semifinals of Davis Cup with a four sets win over 2015 champion Great Britain on indoor clay at Kindarena in Rouen, France.

“We’re not gonna go down without a fight,” said Johnson. “Playing for your country, there’s no bigger honor in tennis. They came out hot. We played the big points better at the end.”

With his second rubber win under his belt, 16th ranked Nick Kyrgios will aim to close out the tie when he takes on 15th ranked Sock in the fourth rubber. This will be the two's first meeting. Sock lost to Jordan Thompson in the first rubber while Kyrgios defeated John Isner in the second.

Both Sock and Kyrgios had nice showing in the 'Sunshine Double' in Indian Wells and Miami, reaching the business end of both tournaments. Sock reached the semis and quarters, respectively, while Kyrgios reached the quarters and semis respectively.