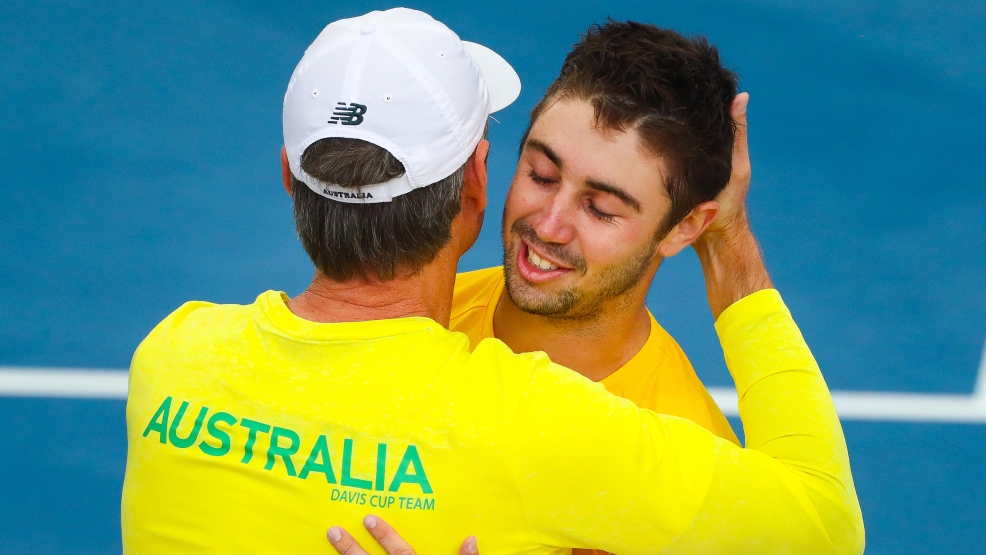 Jordan Thompson of Australia (R) celebrates his victory over Jack Sock of the US (Photo credit : PATRICK HAMILTON/AFP/Getty Images)

The first day of the quarterfinals of Davis Cup saw four teams finishing the day with two respective wins and the other four teams one rubber away from being eliminated. France, Serbia, Australia, and Belgium were victorious on day one, while Great Britain, Spain, United States, and Italy finished the night empty handed.

In the Serbia v Spain tie, Novak Djokovic and Viktor Troicki notched a 2-0 lead against Rafael Nadal-less Spain on Friday in Belgrave, Serbia.

Troicki and Nenad Zimonjic will try to finish off Spain when they take the court on Saturday in the doubles rubbers.

Australia's Sam Groth and John Peers will take on Sam Querrey and Steve Johnson in the doubles rubber.