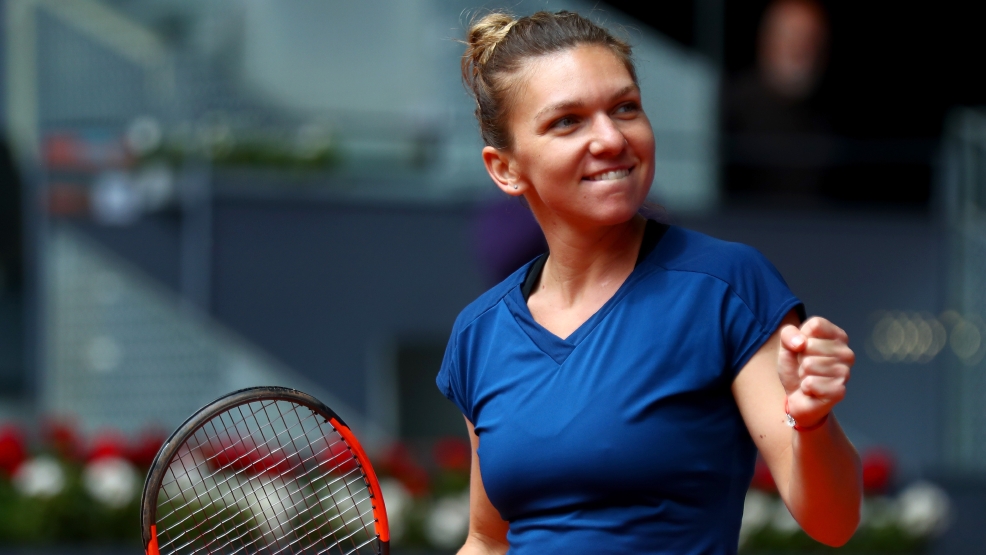 MADRID, SPAIN - MAY 11: Simona Halep of Romania celebrates victory during her match against CoCo Vandeweghe of USA on day six of the Mutua Madrid Open tennis at La Caja Magica on May 11, 2017 in Madrid, Spain. (Photo by Clive Rose/Getty Images)

Halep, whose last two matches were three-set battles, only lost two games in the match, winning 6-1, 6-1. Today she took away Vandeweghe's power, dictating play from the baseline, inducing temper tantrums from the American.

"It was very good match actually," said Halep in her post-match conference. "I knew what I have to do against her. I knew that I have to play fast, to make her move, to hit from distance.

"Yeah, I tried also to be more aggressive from her second serve. I served pretty well. I don't believe I lost a serve today.

"It was a good match. I was a little bit nervous, to be honest, before the match, because she has a big serve. It's always tough to play with someone who has a big serve.

"Yeah, I was thinking a little bit. I lost every emotion, and I played my best," said Halep.

Next up for the No. 3 seed is Anastasija Sevastova, who defeated Kiki Bertens 6-3, 6-3.

Earlier on Thursday, red-hot Kristina Mladenovic, who took out Maria Sharapova in Stuttgart, defeated wild card Sorana Cirstea 6-3, 6-3. Mladenovic now awaits the winner of Eugenie Bouchard and Svetlana Kuznetsova. Bouchard, who called Sharapova a "cheater" and said that Sharapova should have been banned for dopping, knocked out the Russian in an edge-of-your-seat three-sets thriller in the second round.