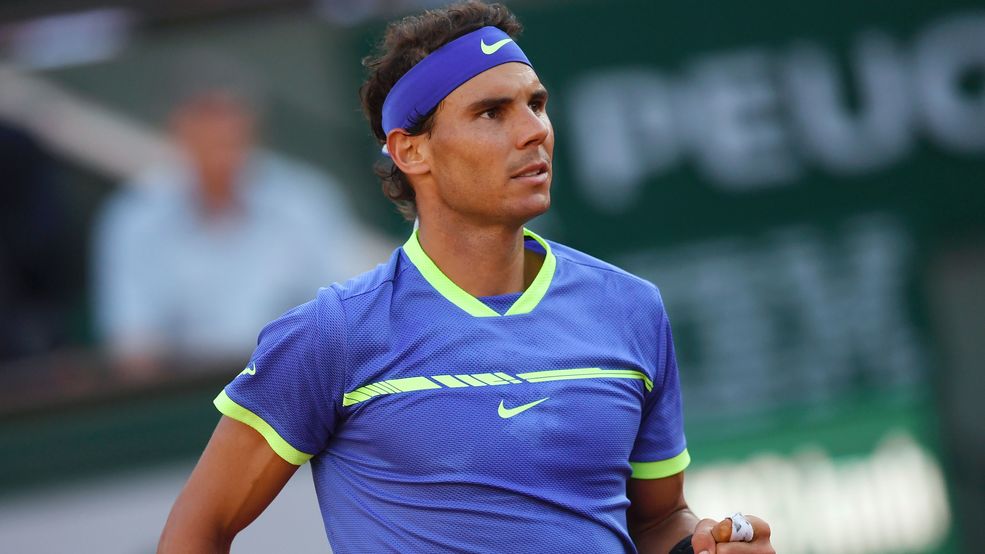 He Can Smell the La Decima: Nadal One Win Away from Historic No. 10

PARIS -- Can anyone stop the Rafael Nadal train? The Spaniard is one way from his 10th Roland Garros after cruising past Dominic Thiem in the semifinal final of Roland Garros on Friday.

Nadal had no trouble taking the match 6-3, 6-4, 6-0 to book his spot in the final, where he has not lost these past nine times.

Nadal was on point from the get go as he pounced in the fourth game of the first set, picking up three breakpoints. However, Thiem wasn't ready to give up his service game as he brought the game to deuce but Nadal didn't let up, breaking Thiem to go up 3-1.

Second and third sets were business as usual for Nadal, giving up only four games as he bageled Thiem in the third.

While the No. 4 seed has not lost in a Roland Garros final, Wawrinka has his own cool final stats: the three-time Grand Slam winner has not lost in a Grand Slam final. He beat Nadal in the 2014 Australian Open even though he did not get his full props because Nadal was ailing. In 2015 here in Paris, he proved the naysayers wrong by defeating Novak Djokovic in the final. In case there were still any doubters out there, he beat Djokovic again in the final of the U. S. Open last year.

Nadal is coming off two tough seasons, especially last year where her had to pull out of Roland Garros third round with wrists problems. A lot of people thought he had reached the end of his illustrious tennis career, but boy did he prove them wrong. Out of nowhere, he found himself in the final of the Australian Open alongside Roger Federer, who also had been written off. The final was highly contested but despite having a lead in the final set, Federer stormed back to steal the match from Nadal.

The Spaniard continued to play well on the hard courts, losing in the final of Acapulco to Sam Querrey, in the fourth round of Indian Wells to Roger Federer, and in the final of Miami.

When the clay court season came around, Nadal stepped it up, winning his 10th Monte Carlo Open, his 10th Barcelona Open, losing to Thiem in the quarterfinals of Rome, and now finding himself in a perfect spot where he's one win away for the La Decima.