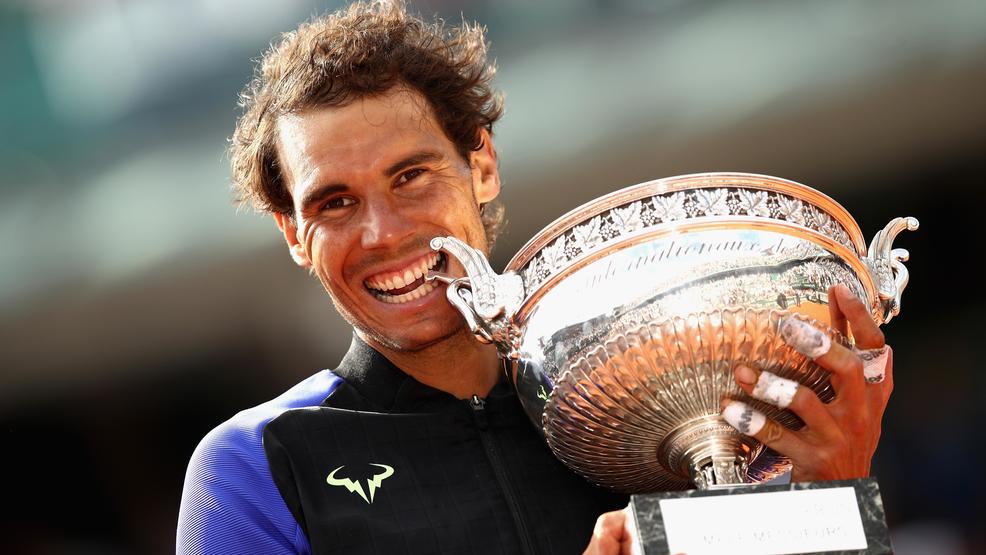 He Has His 'La Decima!' Nadal Makes History with His 10th Roland Garros Title

Paris -- Rafael Nadal has done what no player has ever done: which is to to win 10 Grand Slam titles in one tournament. Coming in as the overwhelming favorite, Nadal proved exactly that as he comprehensively defeated 2015 winner Stan Wawrinka 6-2, 6-3, 6-1 in the final of Roland Garros on Sunday.

This wasn't your run-of-the-mill final as there was a lot at stake for both players. Nadal was bidding for his unprecedented 10th Roland Garros while Wawrinka, who has yet to be defeated in a Grand Slam final, was aiming to keep the streak going.

In today's opening set, Nadal was tested in his second service game but was able to hold. In the sixth game, he drew blood first and successfully consolidated the break, going up 5-2. Up 40-30 in Wawrinka's service game, Nadal forced an error, prompting the Swiss to hit a long shot. This gave Nadal the opening set.

In the second set, Nadal broke at love in the second game to go up 2-0 and that was enough to close out the second set. In the third, Nadal opened with a break as he hit his signature forehand to break at 15. He consolidated at love and this basically gave him the match as Wawrinka had no answer for Nadal today.

"For sure he's playing the best he's ever played," said Wawrinka after the match. "That's for sure. But not only here. I think since the beginning of the year, you can see he's playing more aggressive, staying more close from the line. But that's clearly his best he ever play. That's why he's winning so much again."

Nadal, who hadn't won a Grand Slam title since 2014, had a tough 2016 season. He was forced to pull out of Roland Garros third round with a wrist injury. Because he had gone through dry spell these past two years, a lot of people thought retirement was imminent but Nadal had other plans in mind, which did not include retirement.

Come 2017, The Spaniard was ready to announce what those plans were as he came out of nowhere to reach the final of the Australian Open, where he lost a grueling high-quality five setter to Federer after leading in the fifth set. Nadal continued to play well on the hard courts, reaching the finals of Acapulco and Miami Open.

When clay court season came around, he had peaked and ready to dominate. He won his 10th Monte Carlo, 10th Barcelona, and 5th Madrid Open. Despite losing to Dominic Thiem in the quarters of Rome, there was no doubt he was the man to beat here in Paris.

During today's trophy presentation, Nadal's uncle and long-time coach Uncle Toni was brought to the stage as he was presented with his own trophy.