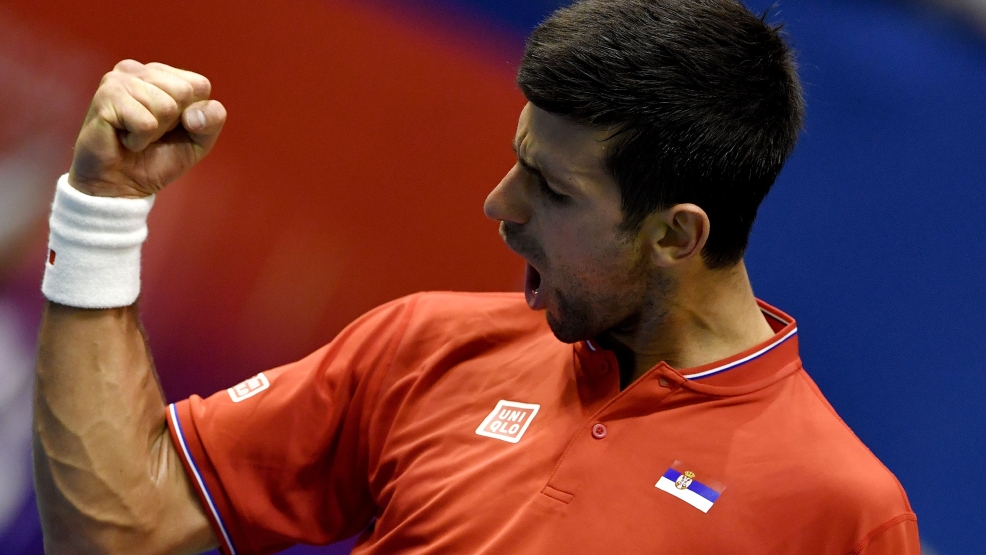 BELGRADE, Serbia - After missing the Miami Open with elbow injury, Novak Djokovic returned to the competition on Friday in the quarterfinals of the Davis Cup.

Playing in front of his home crowd in Belgrade, Djokovic won decisively in straights 6-3, 6-4, 6-2 over Spain's Albert Ramos-Vinolas, giving Serbia a 1-0 lead over Spain.

The Serb, who had trouble with his serve in his fourth round loss to Nick Kyrgios at the BNP Paribas Open in Indian Wells last month, served well today.

"I'm very satisfied with my play, especially my serve," said the relieved Djokovic after his win.

Djokovic's compatriot Viktor Troicki and Spain's Pablo Carreno Busta will play the second rubber. Unfortunately for Spain, their number one guy Rafael Nadal is not participating.

Watch this tie LIVE on Tennis Channel Plus