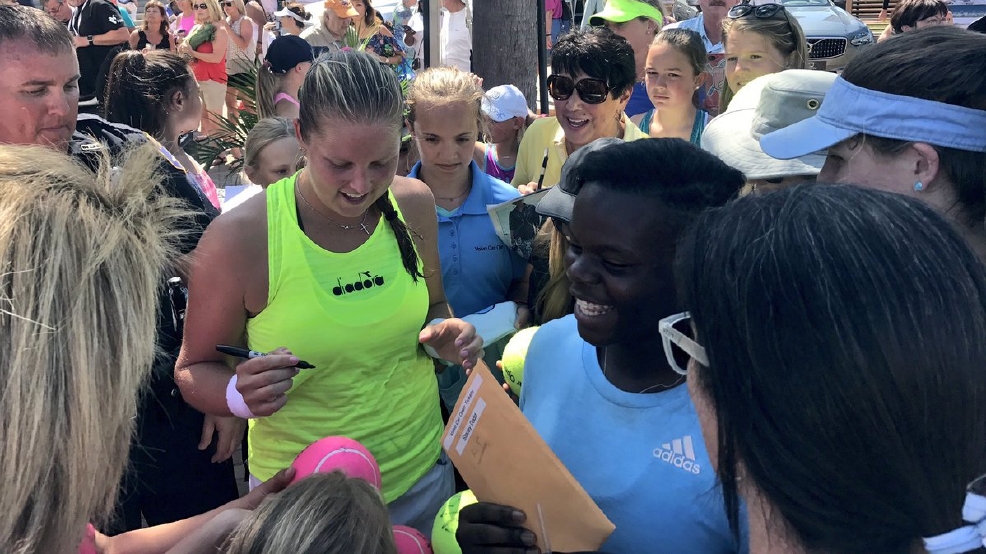 Charleston, S.C. -- In stunning turnaround, home town favorite Shelby Rogers rallied from a set down to beat top seed Madison Keys in the second round of the Volvo Car Open on Wednesday.

Rogers raced to a 3-0 lead, but Keys soon found her game and got on the board. Down 4-2, the top seed won the next four games, stealing the set 6-4.

Rogers regrouped, running away with the match, losing only two games in the next two sets, closing out the set 4-6, 6-1, 6-1.

"I feel like I had the right game plan in the first set, I just let it slip away a little," said Rogers after her stunning win. "She raised her level, and when her serve's on it's quite tough. But I just keep trying to stay aggressive, move forward, and play the points on my terms."

Like many players who have struggled to play in their backyards (Stosur in Australia, Amelie Mauresmo in Roland Garros, etc), Rogers acknowledged her struggles playing in front of the home crowd.

"It's really hard to explain," Rogers told the home crowd in her on-court interview, opening up about her struggles playing in front of them. "I've played here so many years in a row, and it's not always easy.

"I feel like I've learned a lot of lessons and I've grown up right here in front of this crowd. It's so special," she said, fighting the tears.

Next up for the 24-year-old is Naomi Rogers, who defeated Shuai Zhang earlier. Currently ranked No. 49, the 19-year-old is quickly climbing the ranks.