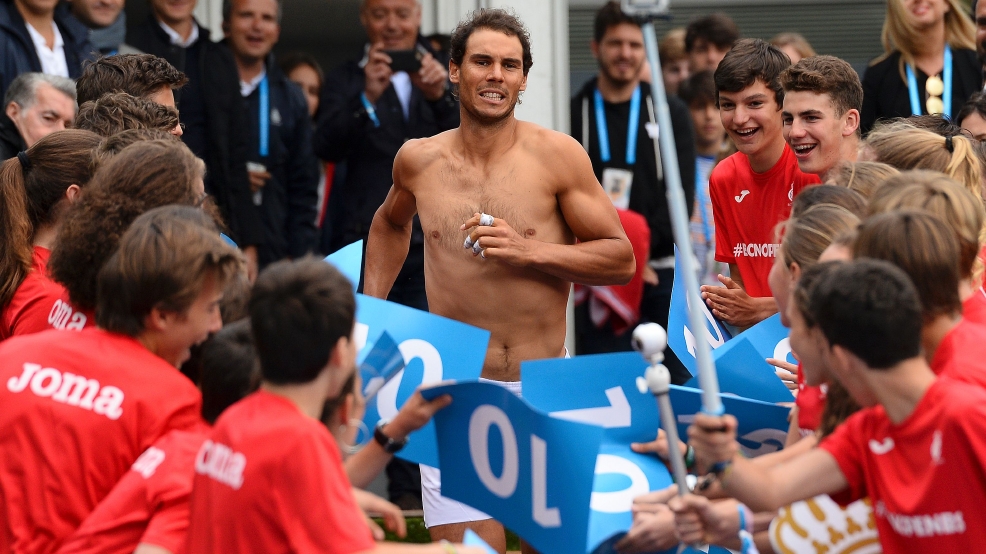 It's Another Historic 10th Title for Nadal with Barcelona Open Win

BARCELONA, Spain -- After becoming the first man in the Open Era to win 10 titles in a tournament last week in Monte Carlo, Rafael Nadal did it again at the Barcelona Open with a 6-4, 6-1 win over Dominic Thiem.

In the opening set, Nadal and Thiem remained on serve until the 10th game when Nadal broke to take the first set 6-4. The second set was all Nadal as he lost only one game en route to his 10th Barcelona Open title on Pista Nadal, the stadium recently named after him.

"It means a lot to me to win 10 titles here in Barcelona as well," said Nadal after the match. "To win in Barcelona and Monte Carlo gives me a dream start to the clay season.

"It was vital for me to win the first set. It was difficult. I had a few more chances than him, but it was very even," he said.

Nadal first won his Barcelona Open title in 2005 and continued the winning streak to 2009. He then won another three straight trophies from 2011-2013, and now another two conservative titles in 2016 and 2017.

This was Nadal's 5th final of the year having lost to good friend and longtime rival Roger Federer in Australia, to Same Querrey in Acapulco, and to Federer again in Miami (he also lost to Federer in the fourth round of the BNP Paribas Open in Indian Wells). Last week he triumphed over fellow Spaniard Albert Ramos-Vinolas in the final of the Monte Carlo Masters.

Next month the Spaniard will attempt to win his 10th Roland Garros Open.