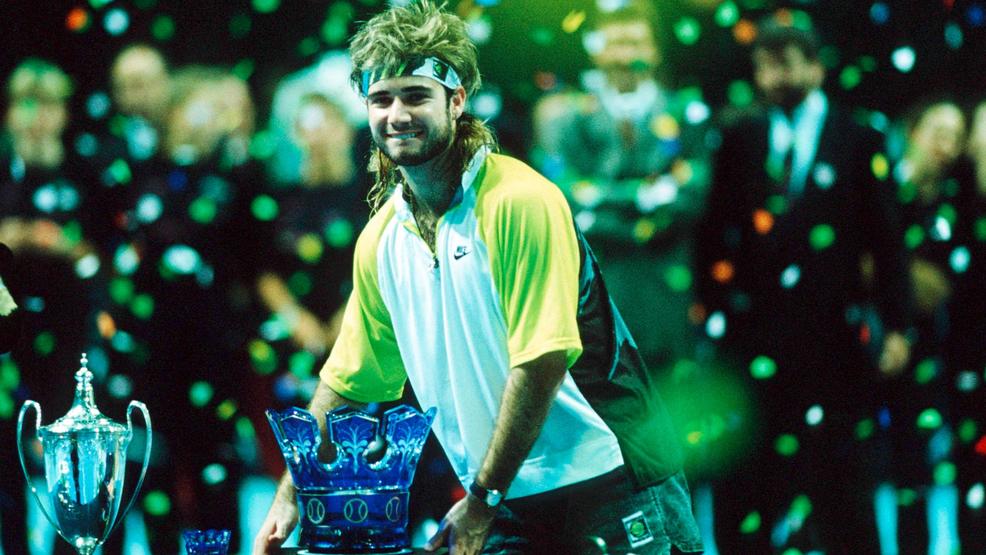 FRANKFURT - NOVEMBER 1: Andre Agassi of the USA celebrates with the trophy after the final match at the ATP Masters on November 1, 1990 in Frankfurt, Germany. (Photo by Bongarts/Getty Images)

It's Official: Djokovic Taps Agassi to Be His Coach in Roland Garros

"I spoke to Andre the last couple weeks on the phone, and we decided to get together in Paris," announced Djokovic after final match on Sunday. "So he's gonna be there. We'll see what future brings.

"We are both excited to work together and see where it takes us. We don't have any long-term commitment. It's just us trying to get to know each other in Paris a little bit.

"He will not stay the whole tournament. He's gonna stay only to a certain time, and then we'll, you know, see after that what's gonna happen," said the 12-time Grand Slam champion.

One of the main reasons Djokovic went with Agassi is because of the struggles the American went through during his playing days, which the Serb can relate to, and also because of his family values. Agassi and his wife Steffi Graf, who is a 22-time Grand Slam winner, have two children while Djokovic and his wife Jelena are expecting their second child.

"Obviously Andre is someone that I have tremendous respect for as a person and as a player. He has been through everything that I'm going through," said Djokovic about his decision to tap Agassi. "You know, on the court he understands the game amazingly well. I am enjoying every conversation that I have with him.

"But also, on the other hand, he's someone that nurtures the family values, philanthropy work. He's a very humble man, is very educated in just -- you know, he's a person that can contribute to my life on and off the court a lot. I'm very excited to see what is ahead of us," said Djokovic.

Djokovic shocked the world when he recently announced he was splitting with his longtime coach, trainer and physio in a move he called "shock therapy."

He has struggled since winning the elusive Roland Garros title in 2016, completing his Career Grand Slam. Rome was his second final of the season, having defending his title in Doha in January.

The Serb enters Roland Garros as the defending champ.