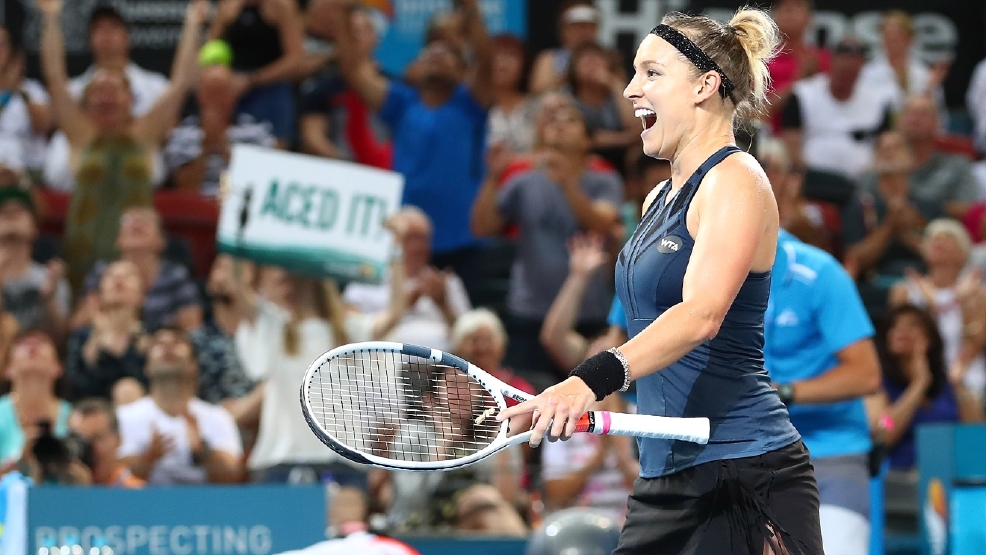 BRISBANE, AUSTRALIA - JANUARY 07: Bethanie Mattek-Sands of the USA celebrates winning the Women's Doubles Final with Sania Mirza of India against Ekaterina Makarova of Russia and Elena Vesnina of Russia during on day seven of the 2017 Brisbane International at Pat Rafter Arena on January 7, 2017 in Brisbane, Australia.s (Photo by Chris Hyde/Getty Images)

Mattek-Sands, Safarova Set up Second Round Clash in Charleston

In an all-American match, Mattek-Sands defeated 18-year-old Sofia Kenin 6-4, 6-4. Serving for the set at 5-3, Mattek-Sands was broken but was able broke right back to take the set 6-4.

Down 2-0 in the first set, Mattek-Sands won the next three games to put the set on serve 3-2. At 5-4, she broke Kenin, wrapping up the match.

In an all-lefty match, Lucie Safarova battled past Varvara Lepchenko in a three-sets thriller. Safarova raced to a 4-1 lead but Lepchenko retrieved both breaks back to level set 5-5. The Czech got one more break to go up 6-5, closing out the set 7-5.

In an all-former champions night match, Samantha Stosur beat Jelena Jankovic 6-1, 6-3 in the second round. Up next for Stosur is the winner of Irina-Camelia Begu and Kristina Kucova.