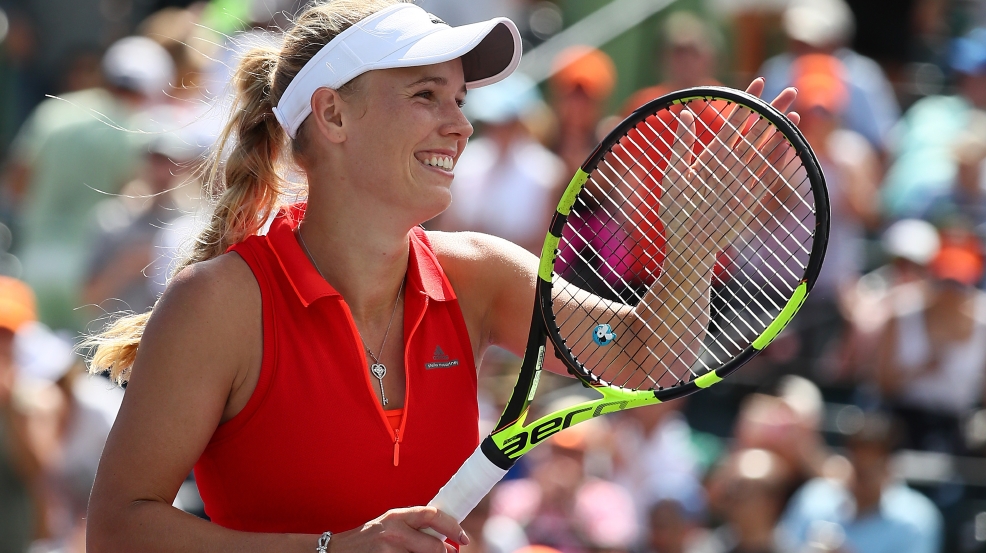 KEY BISCAYNE, Fla. -- Caroline Wozniacki and Johanna Konta will vie for their first Miami Open trophy on Saturday after their great performances this past week or so. Both players are having a strong start of the season with Konta winning in Sydney while Wozniacki made two finals before entering the Miami Open.

Konta is making her second appearance here after making her debut in 2016, where she lost to eventual winner Victoria Azarenka.

Veteran Wozniacki is playing here for the 10th time in a row. She has made the semifinals in 2012 where she lost to Maria Sharapova.

Konta's Road to the final two:

As a seeded player, Konta had a first round bye. She went past Aliaksandra Sasnovich in the second round, 6-4, 6-0 third round win over Pauline Parmentier, and 7-5, 7-5 win against Lara Arruabarrena in the fourth round. In the quarterfinals, the Britt came from behind to upset No. 3 seed Simona Halep. Halep served for the match but Konta was able to turn things around to take the match 3-6, 7-6(7), 6-2. In the semifinals, Konta defeated the resurgent Venus Williams 6-4, 7-5.

Wozniacki's Road to the final two:

Like Konta, the Dane had a first round bye. She beat lefty Varvara Lepchenko 6-1, 6-2 in the second round and Sorana Cirstea 6-4, 6-2 in the third. In the fourth round she faced French Open defending champion Garbine Muguruza where Wozniacki won the first set 7-6(1) before Muruguza retired with heat-related issues. In the quarterfinals, she defeated Lucie Safarova, another lefty, 7-6(5), 6-1. In the final four, she rallied from behind to defeat No. 2 seed Karolin Pliskova 5-7, 6-1, avenging the Qatar Open loss.

Konta and Wozniacki have played only once, with Konta leading their head-to-head 1-0. They faced each other in the third round of the Australian Open i in January, where Konta won 6-3-6-1.

Wozniacki is not the same player who Konta played in January. She's quickly getting back to the tennis that catapulted her to the top of the rankings. Konta is playing well but Wozniacki has the edge given her 'big match' experience and the way she dismantled big server Pliskova in the second and third sets of their semifinal match.

Watch the match LIVE tomorrow at 1 PM ET on Tennis Channel Plus. Go now to BuyTCPlus.com