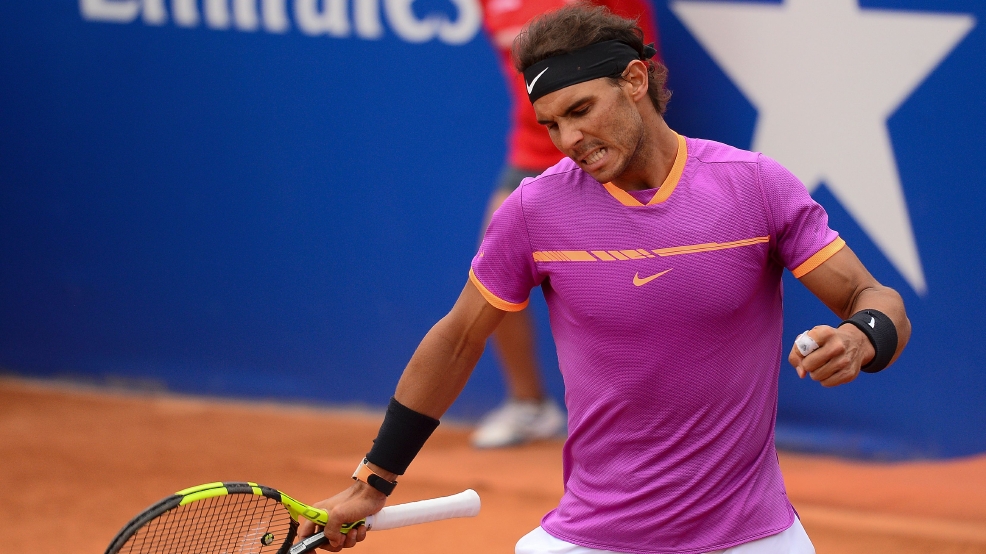 Nadal to Face Thiem for His 10th Barcelona Open Trophy

BARCELONA, Spain -- After winning his 10th Monte Carlo Masters title last week, nine-time champion Rafael Nadal will try to win another 10th tournament title in Barcelona on Sunday with a straight sets win over Horacio Zeballos in the semifinals of Barcelona Open on Saturday.

The 6-3, 6-4 scoreline doesn't tell the whole story as this wasn't an easy match for defending champion Nadal by any means. Up 5-3 and serving for the opening set, the Spaniard had to fend off three break points before claiming the first set.

Zeballos refused to go away as he went toe-to-toe with Nadal until the ninth game when the No. 3 seed broke to go up 5-4. This was enough to give Nadal and opportunity to try and break another record, his second 10th tournament title in two weeks.

“Ididn’tplaywelltoday,tobehonest," confessed Nadal in his post-match press conference. "Overall,itwasabadmatchformeonsomany levels, though there was a moment in the first set I wasn’t too bad. The weather conditions affected my game, it was very windy and it kept changing.

"The rival was tough, he has a great service, he knows how to open the angles. I missed many opportunities at the beginning of the second set. Victories like these, when the conditions are against you, are very important. I’m ready to play way better tomorrow," said Nadal.

After the match, Zeballos took a selfie with the 'King of Clay.'

Earlier on Saturday, Dominic Thiem punched his ticket to the finals with a hard-fought three-sets win over top seed and rusty Andy Murray.

Thiem came out firing on all cylinders in the opening set, breaking Murray's first two services games as he raced to wrap up the set 6-2. On cruise control in the second set and poised to take the match in straights, somehow the No. 4 seed took his foot off the pedal, allowing Murray to get back in the match. The Scot welcomed the opening, taking the set 3-6.

Nadal and Thiem have played three times with Nadal leading their head-to-head 2-1. They split the last two matches, which were both played on clay in 2016. Thiem took the semifinal in Argentina while Nadal won their fourth round in Monte Carlo.