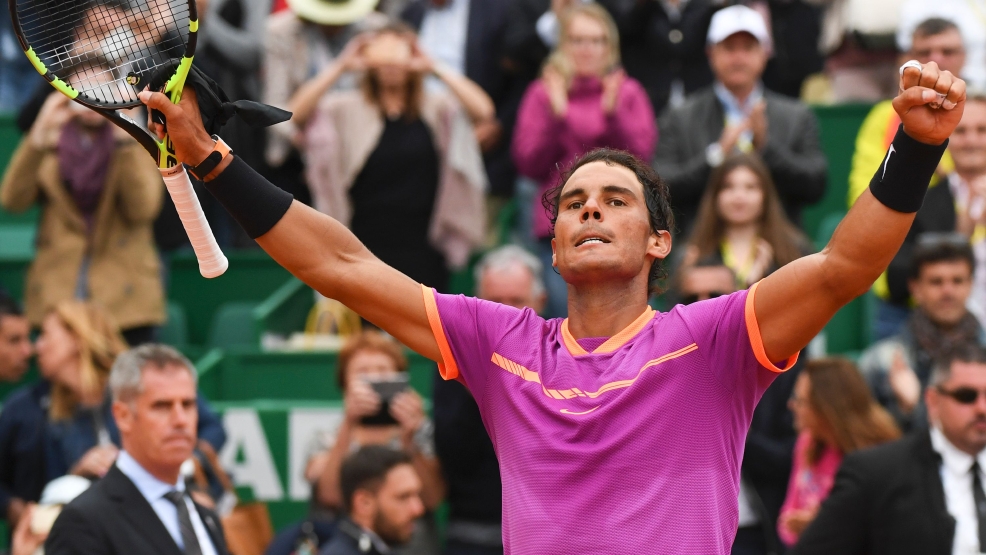 Nadal Two Matches Away from His 10th Monte Carlo Trophy

The No. 4 seed defeated inspired Diego Schwartzman in two no-so-easy sets 6-4, 6-4. This was a hard-earned match for Nadal, who was pushed to the limit by Schwartzman, who won his lone APT trophy in Istanbul last year after defeating Grigor Dimitrov in the final.

Nadal was broken at love in the opening game but broke right back and was able to close the set 6-4. Up 2-0 in the second and poised to close out the match quickly, inspired Schwartzman won the next three games, breaking the 'King of Clay' twice in the process. Down 2-4, Nadal won the last 4 games, wrapping up the match 6-4, 6-4.

"But I think I had the mentality when I was 4-2 in the second, these matches have been up and down, not easy to find a real way to win until then," said Nada in his post-match interview. "In the last three games and a half I played much better, more aggressive with my forehand. I finally found the way to create damage on the opponent.

"I am through. I am in semifinals. That's what I'm looking for, is a great start of the clay court season. So tomorrow I going to have a very tough match against a player that is playing so good. I need to play better than today, obviously. But I think the conditions going to be different. I hope to be ready to play well," said Nadal.

The Spaniard going for his 10th Monte Carlo title.

Earlier, David Goffin upset two-time champ and No. 2 seed Novak Djokovic 6-2, 3-6, 7-5 in an edge-of-your-seat quarterfinal match. This was his first win after six tries.

"I think maybe he's not as good as he used to be," suggested Goffin. "In spite of that at 2-1, on two breakpoints, he was able to win 10 points in a row. About his serve, until 6-3, 2-Love, he was playing an extremely high level. It was a good Djokovic."

Goffin was very pleased with the way her played, especially coming back from 2-4 in the third to upset the 2013 and 2015 champion.

"To come back from a break down in the third set, then to finish with a long game, some match points, it was, yeah, really excited at the end.

"It was tough to finish the match, but I'm really happy the way I finished it. Yeah, it was a great match, great feeling, great atmosphere.

"It's, for sure, the best win of my career," said Goffin.

With this win, he set up a semifinal clash with defending champ Nadal. This will be their first meeting.