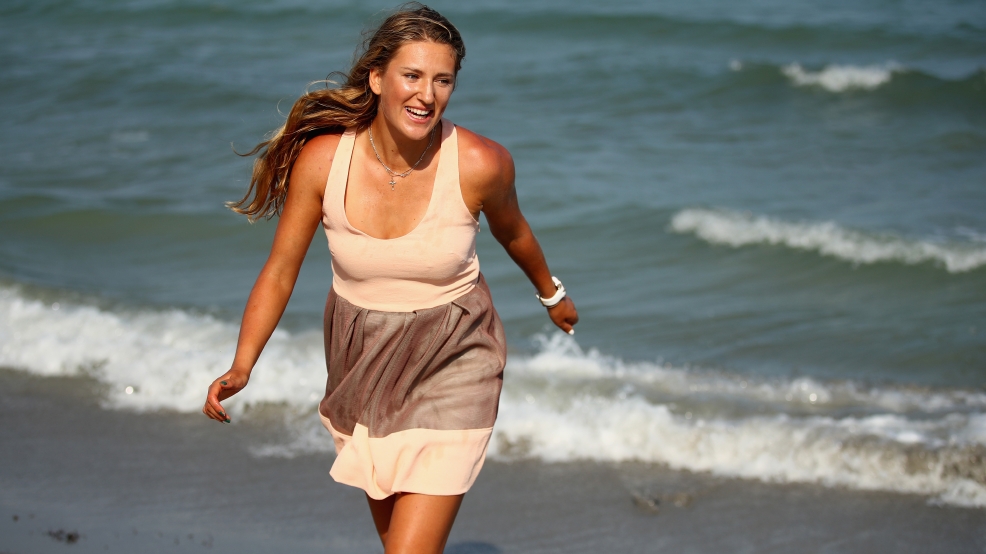 KEY BISCAYNE, FL - APRIL 02: Victoria Azarenka of Belarus poses for a photograph on Crandon Park beach after her straight sets victory against Svetlana Kuznetsova of Russia in the womens final during the Miami Open Presented by Itau at Crandon Park Tennis Center on April 2, 2016 in Key Biscayne, Florida. (Photo by Clive Brunskill/Getty Images)

New Mom Azarenka to Make Comeback in Stanford This Summer

New mom Victoria Azarenka to make her return to the WTA tour this summer. Her first stop will be at the Bank of the West Classic in July.

The tournament announced on its website that the 2010 champion will kick off her comeback in Stanford, following the birth of her son Leo last December.

"I am very excited to be returning to the WTA at the Bank of the West Classic," said the new mom. "Becoming a mother has been the most rewarding thing that has ever happened to me and really puts things in perspective. I am looking forward to beginning this new stage of my career."

Azarenka kicked off her 2016 season with a bang, winning Brisbane International where she defeated Angelique Kerber, beat Serena Williams in the final of BNP Paribas Open, and triumphed over Svetlana Kuznetsova in the final of Miami Open, notching the 2016 'Sunshine Double' along the way.

This will be Azarenka's fifth appearance in Stanford.