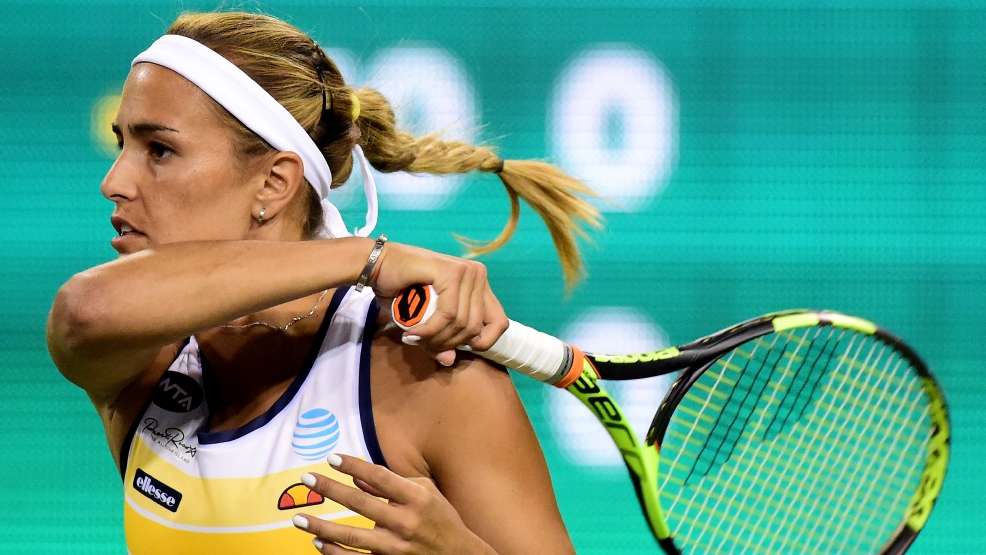 INDIAN WELLS, CA - MARCH 10: Monica Puig of Puerto Rico follows through on a forehand in her match against Karolina Pliskova of the Czech Republic at Indian Wells Tennis Garden on March 10, 2017 in Indian Wells, California. (Photo by Harry How/Getty Images)

Osaka, Puig, Riske Shine on Day One in Charleston

Charleston, SC -- Rising star Naomi Osaka rallied from a set down to advance to the second round of the Volvo Car Open on Monday.

The 19-year-old lost the first set tiebreak but was able to come through with a 6-7(4), 6-4, 6-2 win over Johanna Larsson. She now awaits the winner of Zhang Shuai and Misaki Doi.

Earlier on Monday 2016 Olympic gold medalist Monica Puig punched her second round ticket after 20-year-old Katerina Siniakova retired in the third set. Puig will play either Daria Kasatkina or Danka Kovinic in the second round.

American Alison Riske advanced with a three-sets 7-5, 4-6, 6-0 win over American teen Kayla Day. Next up for Riske is Daria Gavrilova, who was upgraded to a 'bye' status after Miami Open champ and No.2 seed Johanna Konta pulled out of tournament earlier today with slight shoulder injury.

"I'm very sorry to have to withdraw," said Konta in a statement. "I was battling a slight shoulder injury and sickness during Miami which has taken hold."