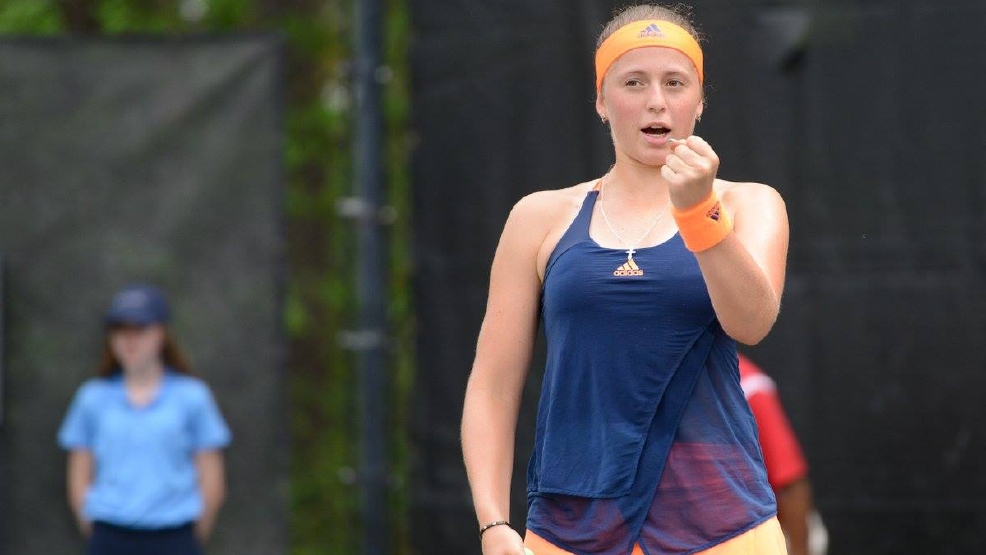 Charleston, S.C. - After playing two matches on Thursday, No. 5 seed Caroline Wozniacki ran out of gas against 19-year-old Jelena Ostapenko in their quarterfinal match of the Volvo Car Open on Friday.

Ostapenko came out firing on all cylinders, breaking Wozniacki twice in the first set to take the set 6-2. She got one more break in the second set, enough to wrap up the match 6-2, 5-4. Wozniacki was the highest seed left in the draw, in a tournament that saw seeds drop like flies.

"It was beautiful in a way," said the Croatian after her match. "It was difficult playing against the crowd, because Shelby is from here. It's normal. It's always tough, but I felt they were very respectful. They were cheering for their home girl, and it's totally normal.

"The wind was what was really difficult today. It was incredibly hard, and the fact that I came out yesterday and today playing some great tennis and winning in these conditions, it's incredible, really, really good effort."

It was a great tournament for Rogers, who has struggled in the past playing in front of her home crowd.

"I was just trying to fight for every point," Rogers reflected in her post-match press conference. "Like it was definitely back and forth. I thought we had a very good level. It was super entertaining; and bad luck, I wish I could have kept it up.

"But a lot of positives to take from that, and you know, moving forward into the clay season, this week's been great for me, and so many good things to move forward and build on."

Rogers defeated top seed Madison Keys in the second round and Naomi Osaka in the third round.

Earlier on Friday, Daria Kasatkina, another 19-year-old, took out 10th seed Irina-Camelia Begu in straights 6-4, 6-1. Kasatkina next meets Laura Siegemund, who took out former champion and No. 3 seed Venus Williams in the second round, Lucie Safarova in the third round, and Anastasija Sevastova in the quarterfinals.