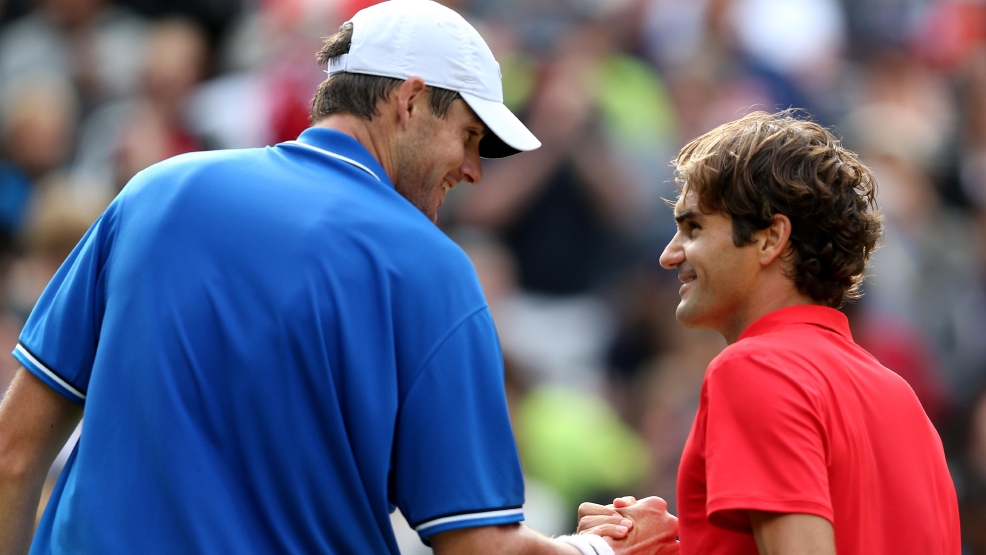 Red-Hot Federer, Isner to Face off in Match for Africa 4: Seattle

SEATTLE, U.S. -- For those who are pining for a Roger Federer match, you're in luck as you don't have to wait till Roland Garros to see him in action. The 18-time Grand Slam champ will take on John Isner on Saturday in the Match for Africa 4: Seattle, the fourth installment of charity tennis exhibitions for the Roger Federer Foundation.

The event will take place on April 29th Seattle’s KeyArena and will broadcast live on Tennis Channel at 6 PM ET and stream live on Tennis.com.

The last time these two played was in 2015 at the Paris Masters, where the American won in typical Isner fashion: 7-6(3), 3-6, 7-6(5). Winning this match will be a huge confidence boost for former No. 9 Isner, who has endured some heavy drought in early 2017, winning only eight matches.

Isner's 2017 slump began with a quarterfinal loss to compatriot Steve Johnson in Auckland in the beginning of the year, lost in the second round of the Australian Open to eventual quarterfinalist Mischa Zverev, succumbed to fellow American Donald Young in the Quarterfinals of Memphis Open, lost again to Johnson in the round of 32 in Acapulco, was sent packing by Gael Monfils in the round of 32 in Indian Wells, endured another round of 32 loss in Miami at the hands of Zverev's younger brother Alaxander Zverev, fell to Nick Kyrgios in the U.S. v Australia Davis Cup quarterfinal tie, and to 20-year-old Ernesto Escobedo in the quarterfinals of Houston a couple of weeks ago.

In contrast, Federer (who had been written off by a lot of people prior to this year's Australian Open) is having a great resurgence that has seen him win his 18th Grand Slam and two more Masters 1000 trophies. He won the Australian Open in January, where he reignited his rivalry with good friend and long-time rival Rafael Nadal in the final, winning the edge-off-your-seat five-setter. This past month he won the 'Sunshine Double,' triumphing over compatriot Stan Wawrinka at the BNP Paribas in Indian Wells (dismantled Nadal in the fourth round), and Nadal at the Miami Open.

The Swiss leads their head-to-head 5-2--they split the last two. Since this match will be played indoors, the American might have a chance as he won both of their indoor matches.

However, this match is not about winning or losing as it is an event for a good cause. The proceeds of the event will go to children's charities in Switzerland, Zambia, Botswana, Namibia, South Africa, Malawi, and Zimbabwe.

“I believe in the power of people," said Federer. "We know that a good education is a decisive factor to empower children by allowing them to take their future into their own hands.”

Microsoft co-founder and philanthropist Bill Gates will show off his racquet skills when he takes the court with Federer in the doubles match against Isner and a surprise celebrity guest.

Federer hasn't played since Match for Africa 3 earlier this month against No. 1 Andy Murray. Federer announced after the match that he would skip the pre-Roland Garros clay court tournaments in order to get some rest.

"I'll be resting most of the time and the body needs a rest," said Federer. "I can feel it. It's not the youngest body but everything is good. I'm gonna enjoy my time with the family.

"Eventually I'm gonna get back to practice, and when I do, I'm gonna go full steam, and I should be back for the French Open. That's the plan," said Federer.

Please visit the Roger Federer Charitable Fund, Inc. page on Facebook and click the ‘donate' button to support the cause.

Watch the match LIVE on Tennis Channel and Tennis.com