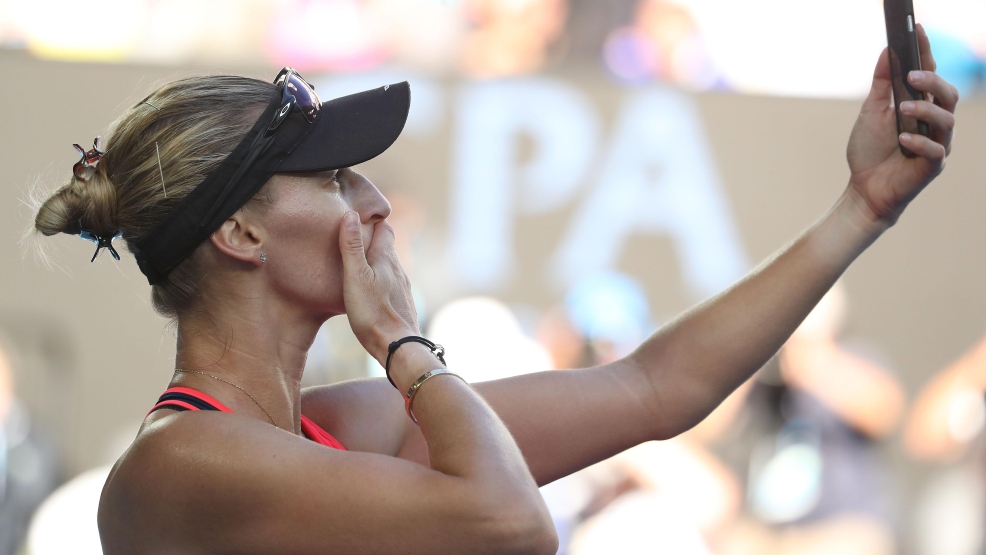 MELBOURNE, AUSTRALIA - JANUARY 26: Mirjana Lucic-Baroni of Croatia thanks the crowd after losing her semifinal match against Serena Williams of the United States on day 11 of the 2017 Australian Open at Melbourne Park on January 26, 2017 in Melbourne, Australia. (Photo by Pat Scala/Getty Images)

Rogers, Lucic-Baroni, Advance to Second Round in Charleston

Charleston, SC -- American Shelby Rogers, whose match took two days to finish due to rain delay, advanced to second round of the Volvo Car Open. Rogers was trailing by a break 1-3 against Veronica Cepede Royg when play was suspended on Monday evening.

When play resumed early Tuesday, Cepede Royg continued where she left off, going up 5-2. However, Rogers won the next three games, leveling the set 5-5. They traded next two games but the Paraguayan ran away with the tiebreak to take the first set 7-6(1).

Rogers next plays fellow American and top seed Madison Keys, who had a first round bye. Rogers leads their head-to-head 1-0.

Earlier on Tuesday, Australian Open surprise semifinalist Mirjana Lucic-Baroni defeated Aleksandra Krunic 6-1, 4-6, 6-3. Lucic-Baron, who had an incredible run in Australia where she reached the semifinals of a Grand Slam for the first time since 2009, is having a great comeback after suffering a series of personal setbacks. The 35-year-old Croatian next faces Mona Barthel, who took out American Jennifer Brady in straights.