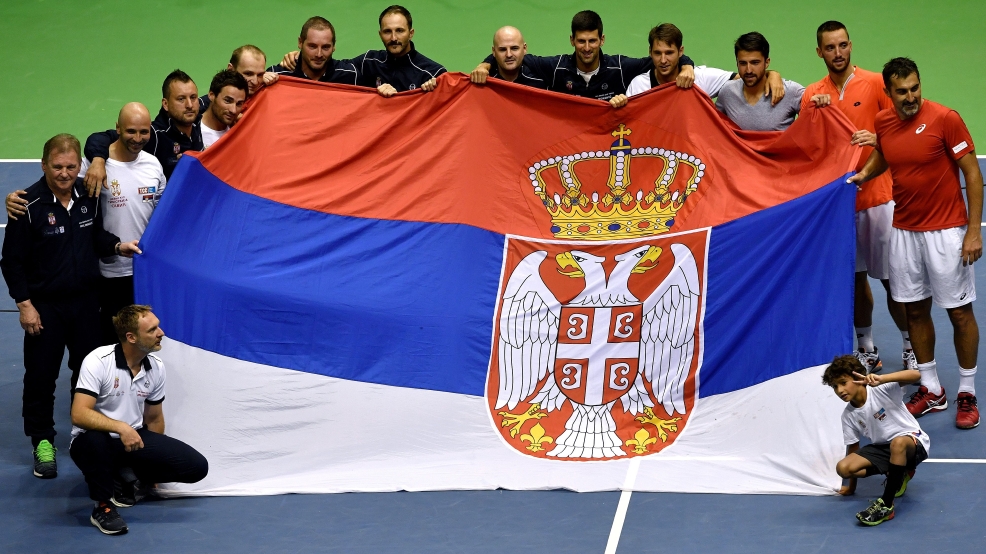 Djokovic-Led Serbia to Take on France in Davis Cup Semis

BELGRADE, Serbia -- Competing without its top players such as Rafael Nadal and Fernando Verdasco, Spain had no chance against Novak Djokovic-led Serbia in the quarterfinals of Davis Cup at the Aleksandar Nikolic Arena in Belgrade, Serbia.

On Saturday, Viktor Troicki and Nenad Zimonjic sent Serbia to the semifinals with a well-fought five set doubles win over Spain's Pablo Carreno Busta and Marc Lopez in the third rubber.

"Extremely happy," said an elated Zimonjic, who's also the captain. "The atmosphere was great, we knew it would be a difficult match. They’re great players, a great team. We played really well.

"I’m proud of all of them. They were amazing the whole week. We had a great atmosphere and we worked really hard," said Zimonjic.

Novak Djokovic, who missed the Miami Open last month with elbow injury, kicked off the tie with a decisive straight sets 6-3, 6-4, 6-2 win over Spain's Albert Ramos-Vinolas on Friday, giving Serbia a 1-0 lead. Troicki followed with a 6-3, 6-4, 6-3 win over Pablo Carreno Busta.

Serbia will face France in the semifinals in September. France took out 2015 champion on Saturday after Nicolas Mahut and Julien Benneteau defeated Jamie Murray and Dominic Inglot 7-6(7), 5-7, 7-5 ,7-5 in the doubles rubber.

Led by Djokovic, Serbia won its maiden Davis Cup title in 2010, defeating France in the final.

France has won the title nine times, most recently in 2001. It has been a runner-up eight times, including in 2014 where it lost to Roger Federer-led Switzerland.