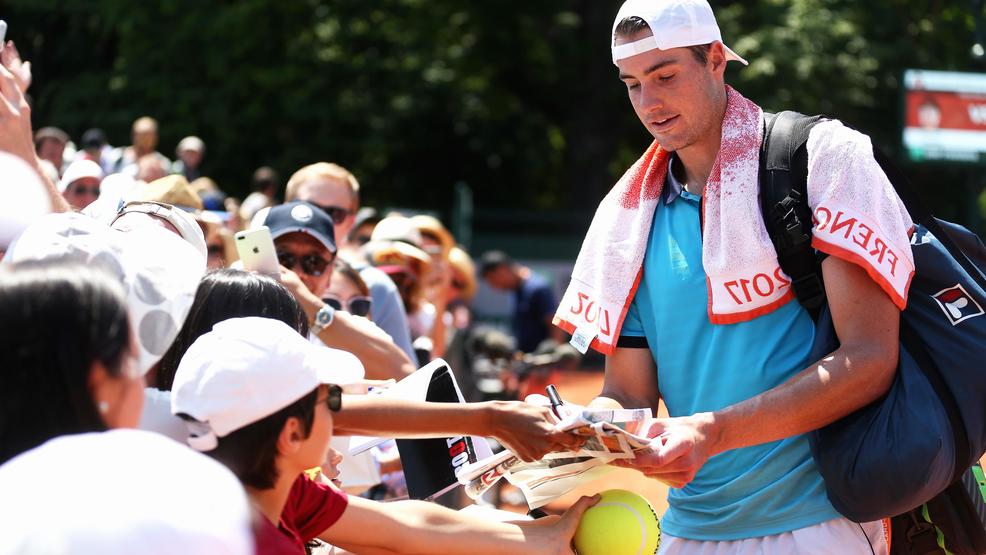 Serving Aces: Isner, Cilic Serve Their Way into Round Three

PARIS -- American John Isner punched his ticket to the third round of Roland Garros with a 6-3 7-6(3) 7-6(2) victory over Paolo Lorenzi on Thursday.

"It was a good win, but I certainly felt like there was some things I could have done better," Isner critiqued his performance. "But I knew he was going to be a tough competitor and that's exactly what he was.

"I also believe he was the first person not to be seeded here so -- and he was right on the verge of that.

"It was a tough match, but I did a lot of things well out there. And, ultimately, my serve carried me to victory today, which a lot of times it does.

"So I'm happy to move on for sure and I'm happy to get it over with early. Physically, I feel great. So I'm just looking forward to my next match," said Isner.

Up next for Isner is the winner of Karen Khachanov and Tomas Bedych.

Meanwhile, 2014 U.S. Open champ Marin Cilic moved to the third round after a straight sets win against Konstantin Kravchuk 6-3, 6-2, 6-2.

"I have a feeling that with my game in last several weeks that I'm playing the best ever, looking at the consistency part, match after match," said Cilic about his current form.

"You know, also the way I'm playing, I'm really, really satisfied. I had some patches in my career in the previous years where I played really, really good and maybe on a better level, but, you know, just looking in these last couple months, I'm feeling definitely, definitely great.

"And that has given me a lot of confidence, but still I'm on this path where I want to keep going. I want to improve, you know, match after match, day after day, and that's the biggest focus," said Cilic.