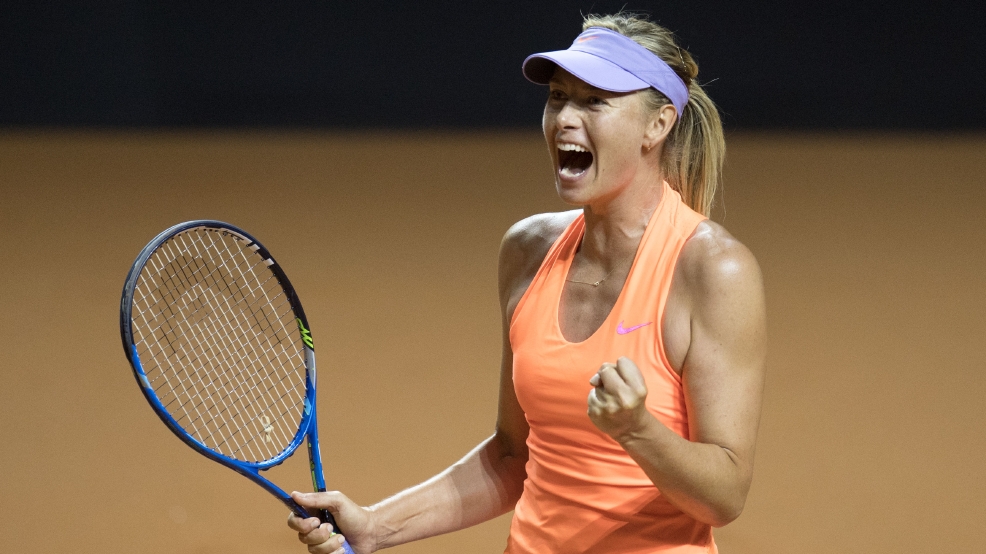 Sharapova Continues Comeback As She Reaches Quarterfinals in Stuttgart

STUTTGART, Germany -- In her second match after a 15-month suspension, Maria Sharapova advanced to the quarterfinals of the Porsche Grand Prix in Stuttgart with a 7-5, 6-1 win over fellow Russian Ekaterina Makarova.

The three-time champion took control of the match in the 11th game of the open set and never looked back, wrapping up the match to set up quarterfinal clash with qualifier Anett Kontaveit.

"I played pretty aggressively," reflected Sevastova in her post-match press conference. "I didn't let her play her game because the match in Beijing she just hit me through the court. All of the things, returned good, played aggressively on my serve and just stayed there even though I was twice break back in both sets.

Konta had trouble finding her footing in the match.

"I felt I actually didn’t feel that I really found myself too well in the whole match," Konta confessed after her match. "I think I just struggled to really build and just find a way of really getting myself into the match. Credit to her, I think she played really well. I do think she did the best that she could as well. I'm still a bit disappointed I didn’t make it a bit harder for her," she said with a laugh.

This past weekend Konta and Britain's Fed Cup captain Anne Keothavong were victims of Romania Fed Cup captain Ilie Nastase's erratic behavior that led to him being thrown out of the playoff against Britain after abusing them and the umpire on Saturday, and subsequently being issued a provisional suspension under the Fed Cup Regulations. Nastase was also accused of saying derogatory comments about Serena Williams's unborn child, which led Serena to respond against Nastase in support of Konta and Keothavong.

"I think Serena has always been incredibly gracious with that," said Konta. "She’s always stood up for things that she believes in and this is I think something that she’s always been very vocal about. So, I think her I guess the way she sticks up for things like that is really positive for us. It’s a really great thing not for not just tennis players but women in general. I think she’s got a pretty powerful voice and I think she uses it in a really productive way."

Sevastova next faces No. 4 seed Simona Halep, who took out Barbora Strycova 6-2, 6-3 on Wednesday.