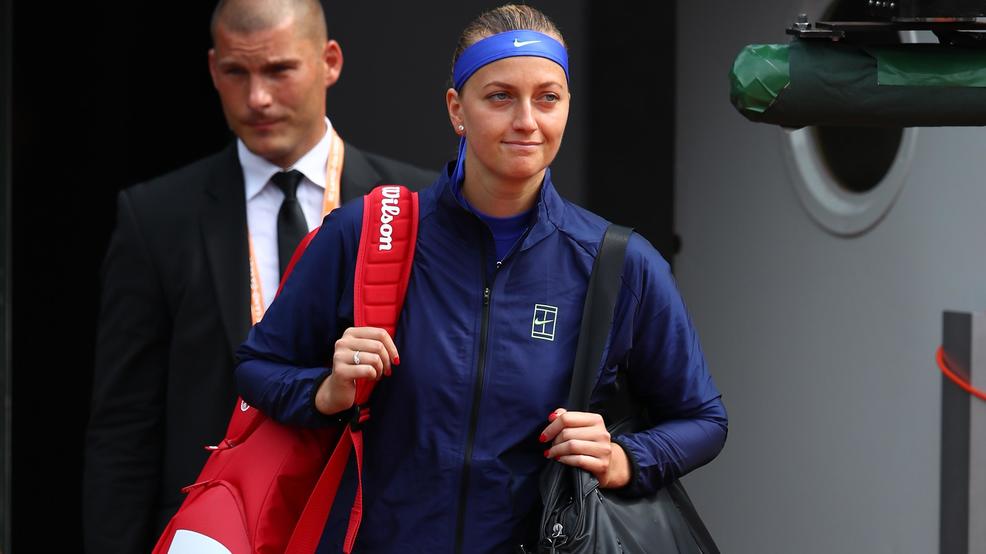 PARIS -- After being out of commission for six months due to a home invasion in her apartment that resulted in a knife attack, Petra Kvitova won her opening match at Roland Garros on Sunday with a straight sets 6-3, 6-2. win over Julia Boserup.

The two-time Wimbledon champ jumped to an 3-0 lead in the opening set and quickly taking it 6-3. The second set was similar as Kvitova broke in the opening game and consolidated the break. She broke again in the seventh game and successfully served for the match, taking it 6-3, 6-2.

"I feel great, obviously, of course. I won.," said an emotional Kvitova. "You know, as I told last time, I already won. This match special to me. I won for the second time, if I can say.

"It was nice and really heartwarming welcome in the Chatrier. My team was there. My family was there. Everyone who helped me through the difficult time. So it was a real pleasure to play in front of them and play how I played. I think I played well after six months off. I'm happy with the game, of course, but I mean, it wasn't really about the game today," said Kvitova.

The Czech was relieved she didn't experience and pain in her hand during the match.

"I didn't feel any differences, which is nice," she said. When we had a little bit of break when the rain came, then I catch the racquet and it was a little bit weird, but after one point was everything okay. I was happy that I didn't have any pain.

"I promised my doctor, who gave me green light, that if I feel pain in my hand during the match or in the practice, I'm stopping immediately. So I'm glad that I didn't make it (smiling)," said Kvitova.

The No. 15 seed hit nine aces and 31 winners in total. With this win, Kvitova, who wasn't on anyone's radar before today, has put herself as one of the top contenders considering how open the women's field is.

Next up for the No. 15 seed is American Bethanie Mattek-Sands and Evgeniya Rodina.

Joining Kvitova in the second round is 2015 semifinalist Timea Bacsinszky, who took out Sara Sorribes Tormo with a convincing 6-1, 6-2 victory. In the 2015 semifinals, Bacsinszky led a set and a break before losing to eventual champion Serena Williams. The Swiss will next play the winner of Madison Brengle and Julia Goerges.

In other women's match, 2016 Olympics gold medalist Monica Puig is through to the next round after defeating 2015 U.S. Open finalist Roberta Vinci in three sets 6-3, 3-6, 6-2. Puig awaits the winner of Jelena Ostapenko and American rising star Louisa Chirico.