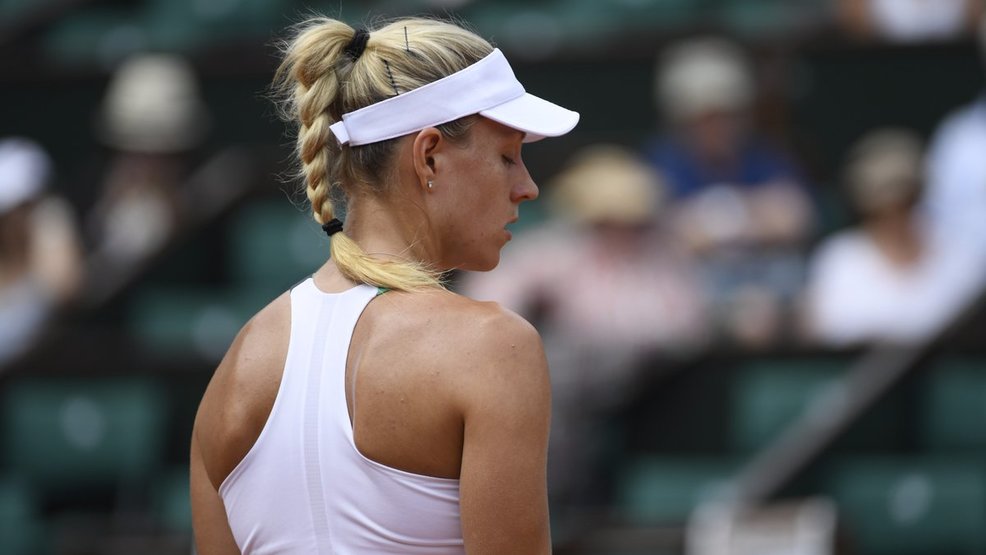 PARIS -- Top seed Angelique Kerber's 2017 season woes continues as she was sent home packing by Ekaterina Makarova in the first round of Roland Garros on Sunday in a convincing 6-2, 62 victory.

With this loss, Kerber became the first WTA No. 1 seed to lose in the first round of Roland Garros.

"It was really tough. She's a No. 1 and she's a great player and I knew that I have to win it; she's not going to miss it," said Makarova after the match. "I was also fighting with my emotion."

Kerber confessed her movement, which is her bread and butter, is the part of her game that causing her issues at the moment.

"I think the movement," she said referring to the part of her game that's frustrating her the most. "I mean, I can still not moving so good on clay.

"I was trying it as good as I can also in my practice sessions. But at all, I'm not feeling so good on this clay when I have to move on the sides and then coming back.

"So then of course, I'm not feeling good from the defense and also when I have to step in I'm always like one step, yeah, too slow," said Kerber.

Kerber is quite relieved that the clay court season is over as she looks ahead, focussing on the short grass court season.

"Right now I think that I have to find to myself again and just trying to forgot the clay court season as soon as possible and then reset and starting from the grass courts again," said the top seed.

Kerber, who was the most in-form player of 2016 where she won the Australian Open and U.S. Open and also reached the finals of Wimbledon, has had an underwhelming 2017 so far. She lost to Elina Svitolina in the quarterfinals of Brisbane in January, followed that with a second round loss to Daria Kasatkina in Sydney, failed to defend her Australian Open title as she suffered a loss handed by Coco Vandeweghe in the fourth round, once again lost to Kasatkina in the second round of Qatar, was sent packing by Svitolina in the semis of Dubai, and lost in the fourth round of both Indian Wells and Miami.

The German's slump spilled into the clay court swing as she was stunned by eventual finalist Kristina Mladenovic in Stuggart round of 16, and retired in the third round of Madrid.

Earlier on Sunday, Petra Kvitova won her opening match, six months after being out of commission for six months due to a home invasion in her apartment that resulted in a knife attack.

"It's a pleasure to be here. I'm really glad that we made this decision that I'm going to play here," said Kvitova during her post-match on-court interview.

This Top Story is presented by Optum.