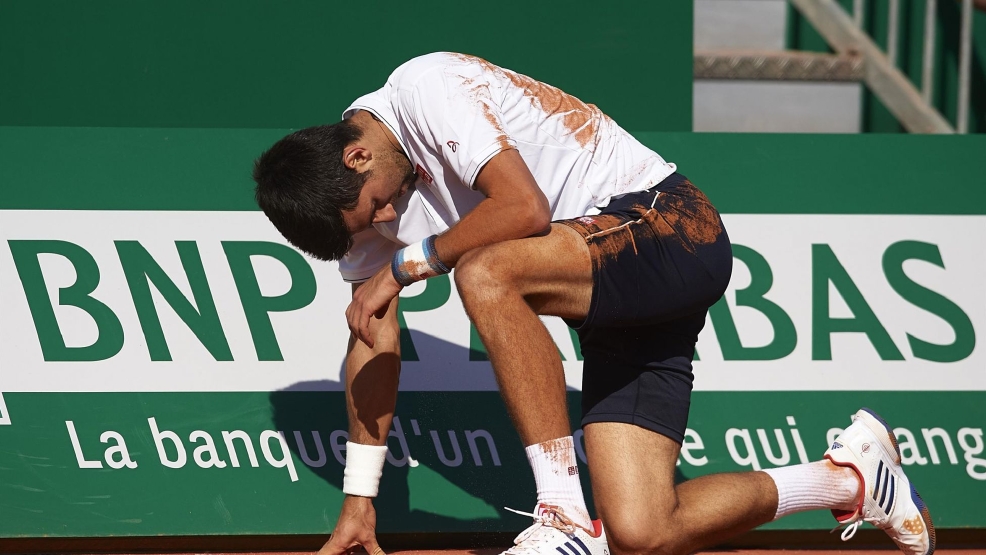 Monte Carlo, MONACO -- After surviving two tough three-set matches in his previous matches this week, Novak Djokovic finally succumbed to David Goffin in the quarterfinals of the Monte Carlo Masters on Friday, giving Goffin the biggest win of his career.

Djokovic, who pulled out of the Miami Open after falling in the fourth round of Indian Wells to 21-year-old Nick Kyrgios, has failed to advance past the quarterfinals since winning Doha in January.

Goffin stunned the No. 2 seed with an impressive performance in the first set, breaking Djokovic twice to take the set 6-2.

Djokovic made a comeback in the second set, breaking the 10th seed very early and eventually closing out the set 6-3. In the third set, the Serb picked up from where he left off, going up 4-2 in the third. As it started to look like Djokovic was going to run away with the match, Goffin flipped the script by retrieving the break in the seventh game and subsequently consolidating to level the set 4-4. Up 6-5, the Belgian put some pressure on Djokovic's serve, wrapping up the match 6-2, 3-6, 7-5 on his fifth match point.

"It's just unfortunate I missed my chances in the beginning of the third set to go a double break up," said a dejected Djokovic in his post-match presser. "Yeah, in the end, that side, yeah, it was terrible. It was almost unplayable. Unfortunately, yeah, I mean, it resulted that way."

The two-time champion explained why he got a little frustrated after a time violation towards the end of the match.

"It's just that sometimes, you know, there should be maybe a little bit more tolerance and understanding for certain situations like that one, where it was very long point, 6-5 in the third," explained Djokovic.

Earlier on Friday, Albert Ramos-Vinolas defeated 2014 U.S. champ and fifth-seed Marin Cilic 6-2, 6-7 (5), 6-2. Ramos-Vinolas, who took out top seed Andy Murray in the third round, will face Lucas Pouillefor the spot in the final. Pouille defeated Pablo Cuevas 6-0, 3-6, 7-5 in the quarterfinals.