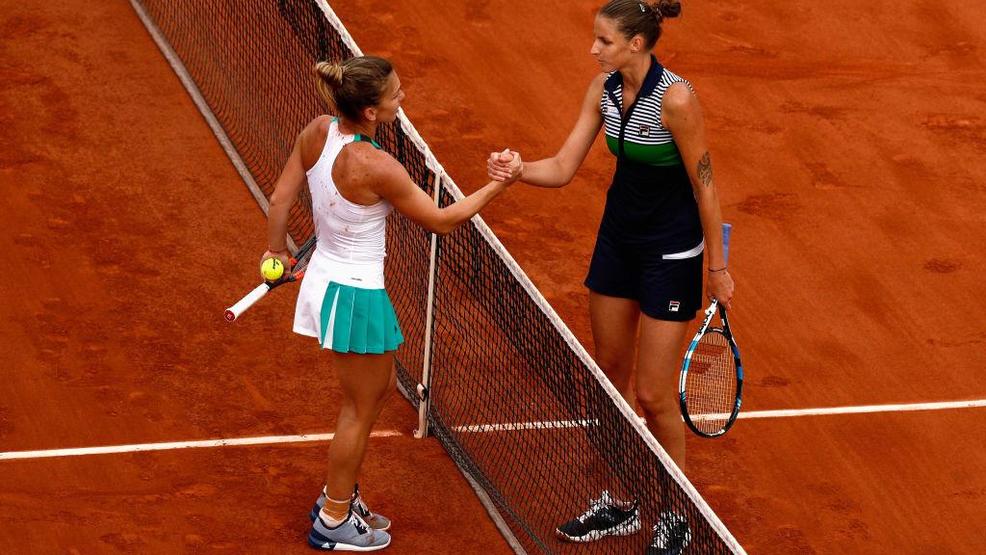 PARIS -- Two birthday girls took center stage this morning but the newly minted 20-year-old and unseeded Jelena Ostapenko is the one who celebrated as she won the all-birthday girl semifinal battle, triumphing over newly-minted 28-year-old Timea Bacsinszky to punch her ticket to the first Grand Slam final.

In the other women's semis, Simona Halep is one win away from taking over the WTA No. 1 ranking and her first Grand Slam with a well-earned win over Karolina Pliskova.

With her 7-6(4) 3-6 6-3 win over Bacsinszky, Ostapenko became the first player from Latvia and the first unseeded player to reach Roland Garros final since Mima Jausovec in 1983.

No. 2 seed Pliskova did not play her best tennis today, but then again, clay is not her favorite surface. She did not create a lot of chances for herself today as she fell 4-6, 6-3, 3-6 to Halep.