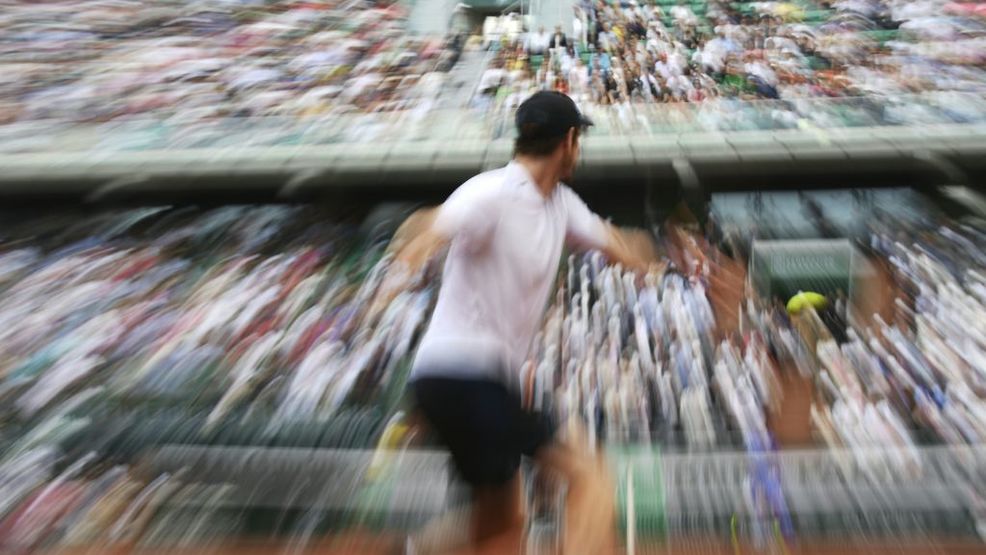 PARIS -- Welcome to the business end of a Grand Slam, where physical and mental fitness is tested to the limit. Today Novak Djokovic was tested. And he failed in an epic way. Dominic Thiem, one of the two hottest guys on the clay court swing this season, showed us what he's made of with his comprehensive victory over the defending champ, earning a ticket to clash with the other hottest guy on clay, Rafael Nadal. The nine-time champ benefited (for lack of a better word since we know he was going to win this match) from Pablo Carreno Busta's retirement with injury.

Elsewhere, the usually unsung 2015 champ Stan Wawrinka continued cruising under the radar, while Andy Murray picked himself back up from a set down to set up a semifinal clash with the Swiss.

In women's action, Elina Svitolina is somewhere crying under sheets after squandering a set and 5-1 lead, giving Simona Halep the opportunity to claw her way back from the brink of defeat. And the French's dream of crowning their own was dashed today after Caroline Garcia said au revoir.

No. 6 seed Thiem went into the match with a 0-5 losing record against the defending champ, but today he took the match out of Djokovic's hands and bought himself a spot in the semifinals with a 7-6(5), 6-3, 6-0 win.

Djokovic's lopsided loss was a strange one. This is what he said in his post-match presser after the loss:

"All in all, it was decided I think in the first set." Enough said. Should he skip the grass court season to refocus?

Svitolina was one game away from her first Grand Slam final but collapsed under pressure as Halep rose from the brink of defeat.