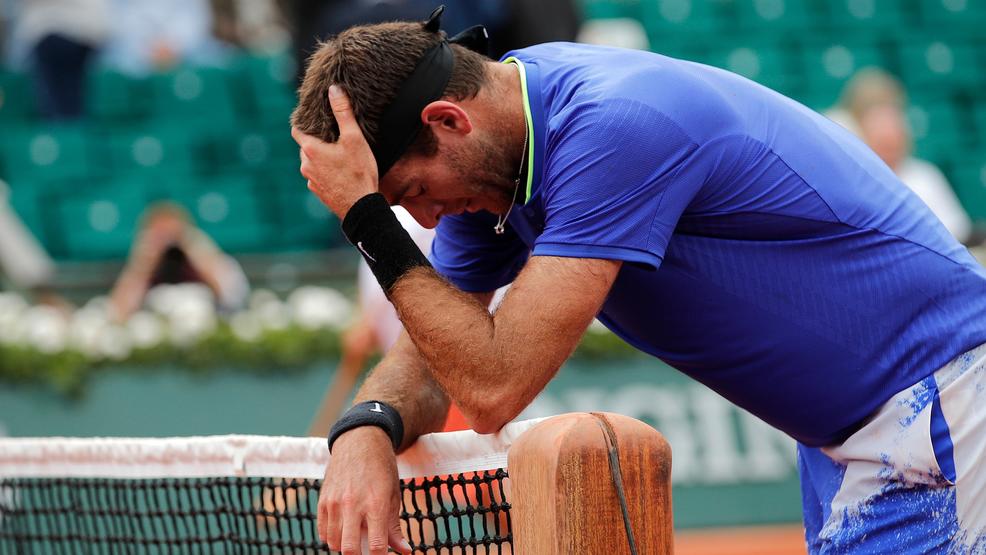 PARIS -- Well, today there were no tears shed but the day wasn't short on drama by any means. Case in point: the Andy Murray v Juan Martin Del Potro match where the first set lasted 83 minutes. Del Potro squandered set points but credit to Murray who summoned his former self and took charge of the match.

"I couldn't believe that set, that I lost that set, because I had many opportunities to win," said Del Potro. "I have been playing great points during the whole first set. But this happens when you play against the No. 1 in the world or a great champion as Andy, you never know when you can win a set or a match."

In a high-octane third round match that saw a first set lasting 83 minutes, Murray finally wore down Del Potro, taking the match in straights 7-6(8) 7-5 6-0.

Down 5-3 in the second set, this year's favorite (not overwhelming) Simona Halep clawed her way back into the set, taking out Daria Kasatkina 6-0, 7-5 to advance to fourth round.

No. 9 seed Agnieszka Radwanska lost serve at least six times in her 6-2 6-1 loss to Alize Cornet. The French woman gave Radwanska, who's happy the clay court season is over, a taste of her own medicine, spraying drop shots everywhere.

"I didn't move well. Anytime I was going back, it was a drop shot coming and all the wrong bounces," said Radwanska after the match. "I wanted to play a bit faster, but either I was stepping in. It was just wrong timing. And I'm just happy that the clay is over,"