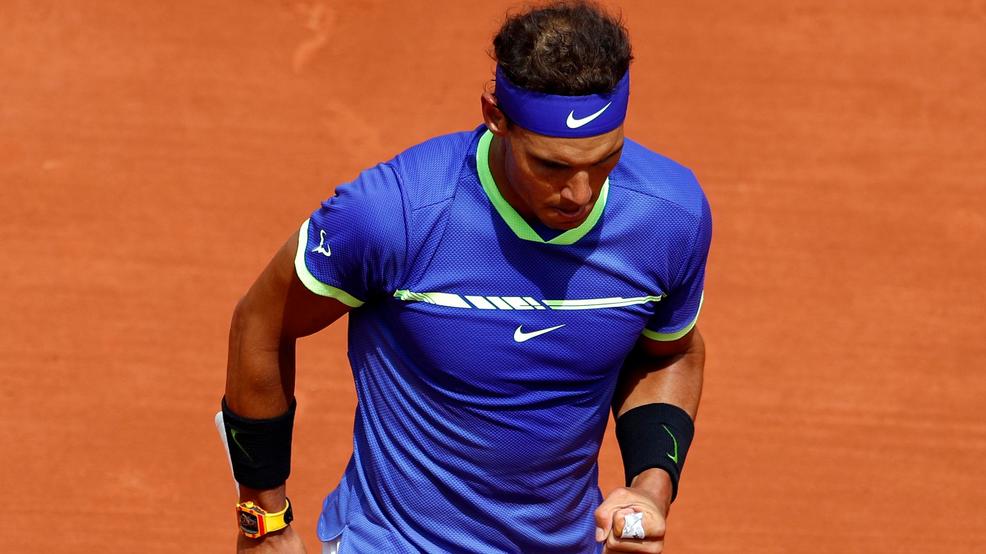 PARIS --- Nine-time champ Rafael Nadal has broken so many records, it's hard to keep up. By reaching his 11th quarterfinals in Roland Garros on Sunday, he tied 18-time Grand Slam winner Roger Federer's Open Era record. He and Novak Djokovic are one round away from the much-anticipated semifinal clash, which the French crowd will eat it up. Another thing they will eat up is home favorite Kristina Mladenovic's quarterfinal match after the French woman took out defending champ Garbine Muguruza today. Oh, and the last two Americans standing, John Isner and Venus Williams are no longer standing.

Caroline Wozniacki advanced to Roland Garros quarterfinals for the first time since 2010 with a well-earned three-setter 6-1, 4-6, 6-2 over No. 9 seed and 2009 winner Svetlana Kuznetsova.

Despite 16 double-faults, home favorite Mladenovic took out defending champion Muguruza 6-1, 3-6, 6-3 in front of a raucous crowd that broke Muguruza down. The Spaniard dejected the Parisian crowd's applause as she exited the court.

"Well, I think the crowd today was a little bit obviously tough for me. I understand," said Muguruza dejectedly.

"I just think that they were a little bit, sometimes should be a little bit more respectful, even though for the game, because we had to, you know, stop. The chair umpire has to always calm the crowd down.," said Muguruza.

Williams made a major comeback in the first set but was not able to sustain the momentum as she lost to Timea Bacsinszky 5-7, 6-2, 6-1.