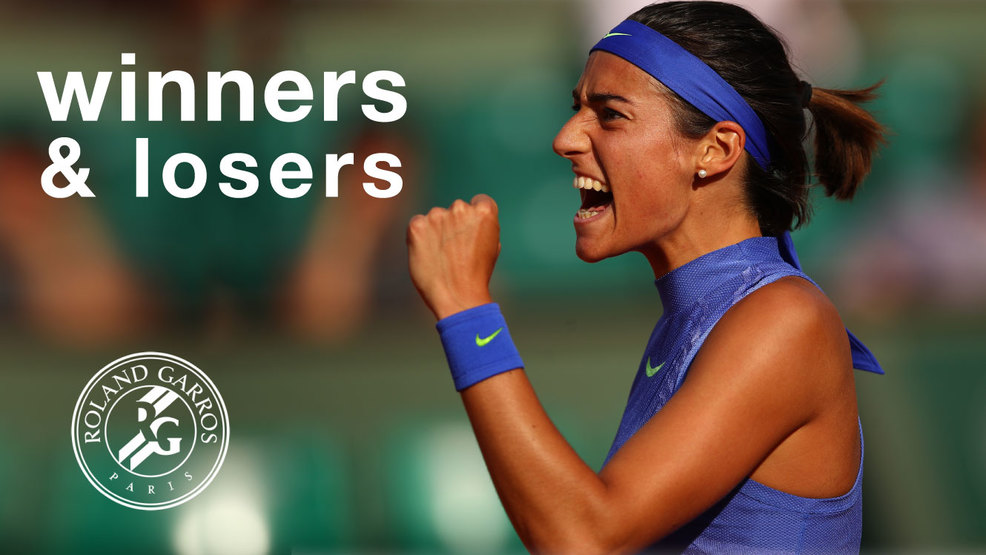 REWIND on Day 9 Winners & Losers: An All-French Affair and French Love It

PARIS -- No. 650. Check. These are the number of wins Andy Murray has won in his career. With his commanding win today over rising star Karen Khachanov, Murray reached this impressive milestone. Elsewhere in Roland Garros, the men's draw saw another retirement, this time Kevin Anderson bowing out with thigh injury, making him the sixth player forced to retire from the tournament. In the women's action, it was an all-French affair, with Caroline Garcia joining her compatriot and former doubles partner in the quarters.

Top seed Murray has played his best tennis of the season these past two matches, taking out a determined Khachanov 6-3, 6-4, 6-4 comprehensively. This is the Murray we know and love.

For the first time in six years, good friends Stan Wawrinka and Gael Monfils clashed in the fourth round, with the Swiss taking the match 7-5, 7-6(7), 6-2.

Bagelled in the first set, Kei Nishikori shrugged it off, rallying past Fernando Verdasco 0-6 6-4 6-4 6-0

After losing to Carla Suarez Navarro four clay-court matches in a row, this year's favorite Simona Halep breezed past the Spaniard 6-1, 6-1.