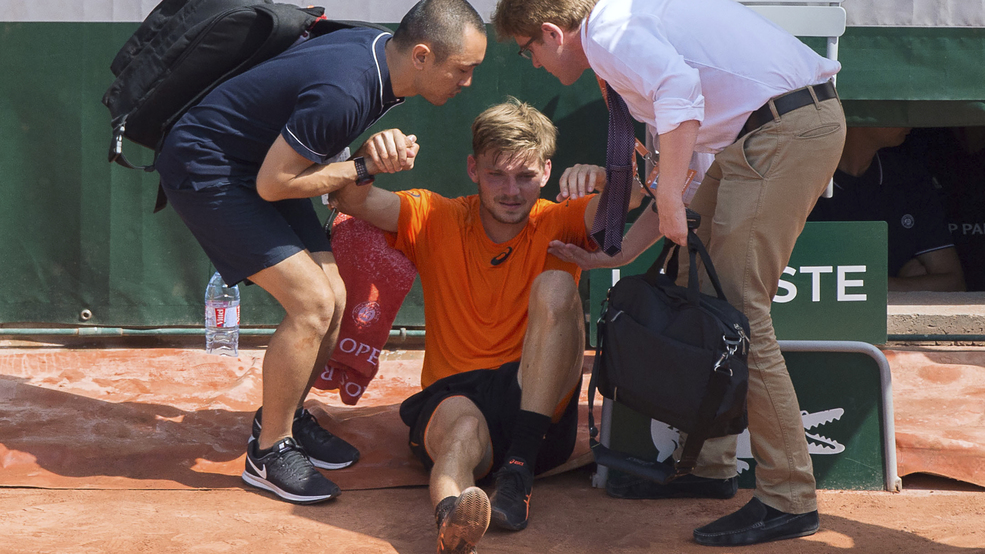 PARIS -- David Goffin's quest for 2017 Roland Garros title came to a dramatic end on Friday when he caught his foot on the tarp at the back of the court, forcing him to retire. The No. 10 seed was up 5-4 when the freak accident occurred, limping off the court as he held on to two trainers.

His opponent Horacio Zeballos showed some sportsmanship as he carried Goffin's bag off the court.

Here is what the commentators said after Goffin retired: