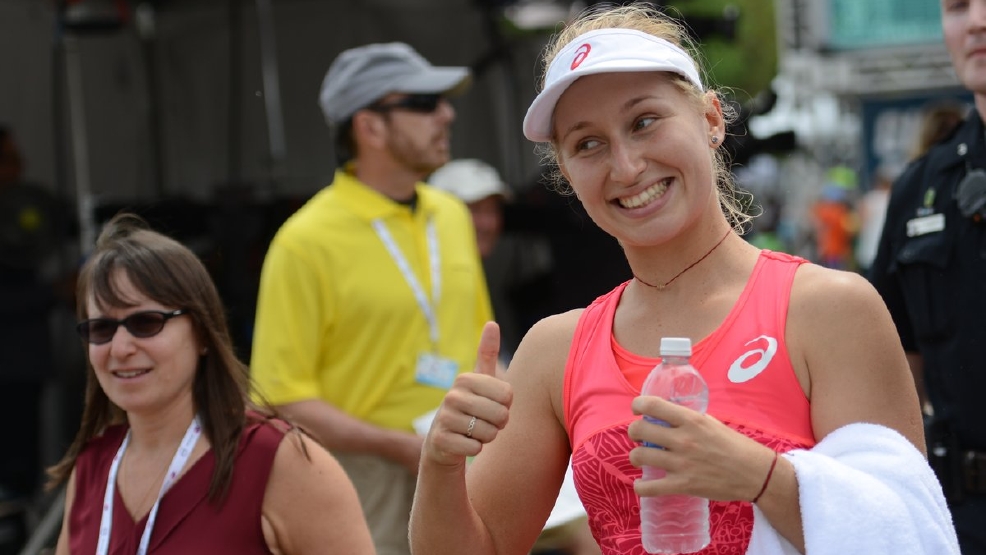 Charleston, S.C. -- After clawing her way back to into the match, No. 3 seed Venus Williams was taken out by Laura Siegemund in the third round of the Volvo Car Open on Wednesday.

Down 4-2 in the first set, Siegemund rallied to take the next four games, closing out the set 6-4.

In the second set, Williams fended off a match point at 5-3, and eventually sending the set to a tiebreak that the American won 7-6(3).

The third set was a topsy-turvy, which saw the players trade plenty of breaks as they struggled to hold serve. Up 5-4 and serving for the match, Williams was broken, with Siegemund winning the next two game to wrap up the match 6-4, 6-7(3), 7-5.

"I have no idea," said the German during her on-court interview on how she came through the tough match. "It was a really good match. It was going up and down. I just tried to believe in my game, and if I was down, I told myself I was going to get more chances."

There were 17 breaks overall in a match that took just over 3 hours.

Siegemund will next face Lucie Safarova, who triumphed over good friend and doubles partner Bethanie Mattek-Sands 6-3, 6-3.

Meanwhile, Siegemund's compatriot Mona Berthel wasn't so lucky as she fell to Mirjana Lucic-Baroni in their second round match. Lucic-Baroni took the match in straights 6-3, 6-2. The 35-year-old Croatian will play Kiki Bertens in the third round.

Aussie Daria Gavrilova advanced with a comfortable win over American Alison Riske. After trailing 3-1 in the first set, Gavrilova won the next nine games until Riske broke in the fifth game of the second set to get on the board. That was short-lived, however, as the Aussie won the next two games to wrap up the match 6-3, 6-1. She next faces Daria Kasatkina, who took out Olympic gold medalist Monica Puig.

19-year-old Naomi Osaka continues to improve as she moved to the third round with a 6-4, 6-4 win over Shuai Zhang. The big-hitter next plays the winner of Americans Madison Keys and Shelby Rogers.