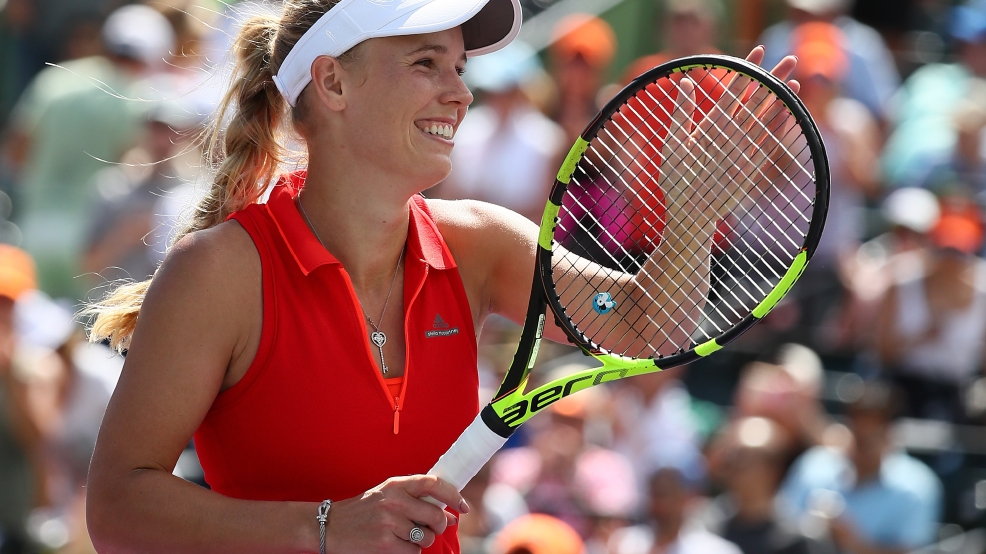 Wozniacki Wins Two Matches in One Day in Charleston

Charleston, S.C. -- Not being able to play her second round match yesterday evening because of rain delay, Wozniacki took the court earlier today knowing she would have to play two matches in one day.

In her first of the two matches, Wozniacki faced Annika Beck. The Dane had an early break, racing to a 5-2 lead. Back made a comeback, leveling the set 5-5 but Wozniacki was able to shut her out, taking the set 7-5.

It was all about the Dane in the second set as she gave away only one game, wrapping up the match 7-5, 6-2.

When she took the court for the second time, Wozniacki jumped to a 4-0 lead against Anastasia Rodionova. The No. 5 seed gave one break back but was able to take the first set 6-3. In the second set, Wozniacki got an early break to go up 3-1. Rodionava leveled the set 3-3 but Wozniacki won the next 3 games, closing out the match 6-3, 6-3.

In other matches, Australian Open surprise semifinalist Mirjana Lucic-Baroni continued her winning ways with a straight-sets -6(5), 6-4 win over No. 7 seed Kiki Bertens. She will face the winner of hometown girl Shelby Rogers or 19-year-old rising star Naomi Osaka in the quarterfinals. Rogers took out top seed Madison Keys in the third round.

In all-Daria battle, Daria Kasatkina took out bestie Daria Gavrilova in three. Kasatkina won the first set 6-3 but Gavrilova wasn't ready to concede as she took the second set 6-3. In the decided, however, the Russian ran away with the set, bagelling her good friend in the process. Up next for Kasatkina is No.10 seed Irina-Camelia Begu, who took out No. 6 seed Samantha Stosur.