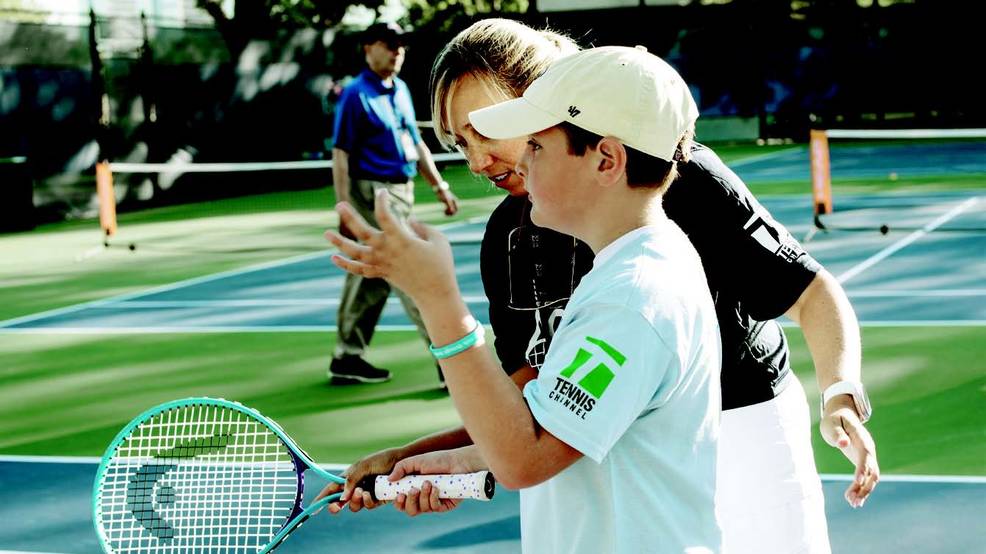 In 2008, husband and wife Richard Spurling and Dr. Shafali Spurling Jeste launched ACEing Autism, a tennis clinic specifically designed for autistic children. It was the perfect marriage of their careers—Jeste is a child neurologist specializing in autism and neurodevelopmental disorders, while Spurling is a former tennis pro—and it has only gotten better with age.

The first ACEing Autism program, launched in Longfellow, MA, served just 15 children. Today, there are 52 program locations in 22 states across the U.S. The combined effort has introduced tennis to 1,027 autistic children over the course of 2,864 clinic hours—which were run by 1,725 volunteers that have served over 37,000 combined volunteer and community-service hours.

These are staggering numbers. But Spurling, who still serves as ACEing Autism’s executive director, believes it is only the beginning.

“I just love growing the program,” says Spurling. “I see what it’s done for families, and how kids are enjoying it and making gains.”

Two years ago, Spurling began focusing full-time on ensuring that ACEing Autism could be replicated throughout the country. He spent a year developing two manuals—one to help recruit program directors, and another to teach program directors how to recruit volunteers and reach out to autism communities. At the same time, he ran the program on a daily basis.

While each ACEing Autism program has the flexibility to cater to the wide, individual needs of autistic children, it also adheres to uniform standards and principles. This balance has helped participants with their confidence, athleticism, hand-eye coordination and sleep regulation. Tennis also helps autistic children improve their social skills, and is an activity the entire family can participate in together.

“The most important thing I can say is that it’s providing somewhere for families to go on the weekend where they feel welcome,” says Spurling. “It’s improving their quality of life.”

In her position, Jeste frequently sees families with autistic children dealing with the problems ACEing Autism was designed to combat.

“A lot of kids with autism are at school, then going to the doctor, then they’re behind a screen at home for hours at time, because they don’t have the access to the same sports and activities that other kids do,” says Jeste, who wants to see 4,500 annual participants and close to 100 programs across the country by the end of 2021.

As Spurling focuses on fundraising, Jeste is focusing on developing studies to collect data and monitor the progress of ACEing Autism. One telling statistic is available now: a 90 percent retention rate. Once families try ACEing Autism, they almost always come back.

Nearly a decade after its inception, ACEing Autism is already bigger than this couple ever could have dreamed—which means they’ll only dream bigger.

“I see a limitless potential for it,” Jeste says with a smile.