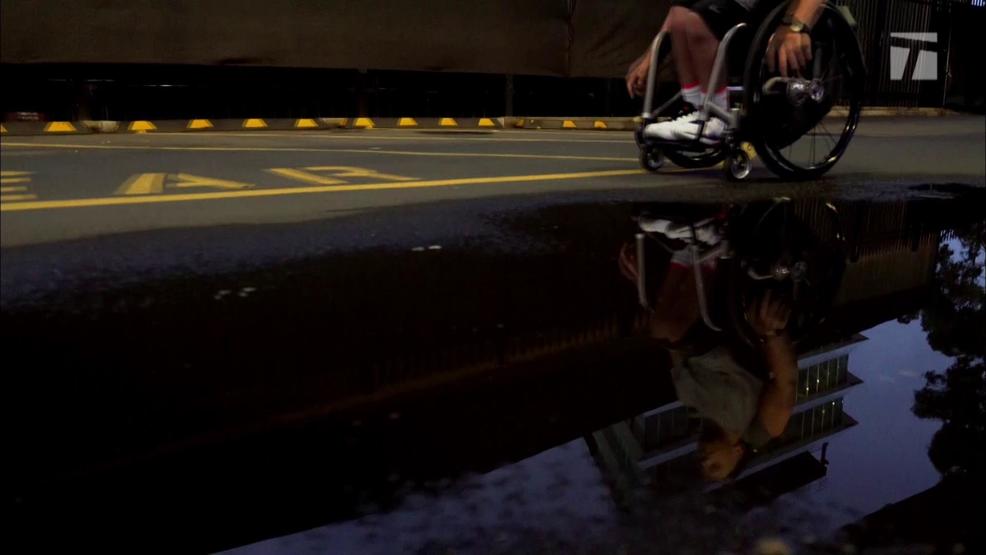 When Dylan Alcott gave his acceptance speech in Rod Laver Arena after winning his third consecutive Australian Open quad wheelchair singles title, he had made history. The trophy was important, but the 26-year-old Melbourne native had also just won the first wheelchair tennis match ever played on a Grand Slam’s center court.

“We are changing the perception of disability together [with Tennis Australia],” he said as a crowd of nearly 7,000 cheered him from the stands.

Born with a tumor wrapped around his spine, Alcott needed emergency surgery just days after he was born. The procedure saved his life, but left him paralyzed from the waist down. Despite family support, Alcott spent his junior-high years embarrassed by his disability.

“I couldn’t keep up with my friends, and some started calling me a cripple,” he says. “It was a tough couple of years, and I’m really glad I was able to look myself in the mirror and pull myself out of it.”

Alcott improved his fitness and nutrition, dropped around 40 pounds and started playing wheelchair basketball when he was 14. At 17, he became the youngest gold medalist in the sport’s history at the 2008 Paralympic Games. Then, after winning a silver medal in basketball at the 2012 Paralympics, he shifted his focus to tennis.

At first, Alcott felt he had a better chance of success in a team sport, but by 2015, the natural athlete had won the Australian and US Opens, the two majors with a quad division for players with a disability in more than two limbs. (Alcott has nerve damage in his playing hand from a childhood fall.) He now holds four major titles, plus singles and doubles gold from the 2016 Paralympics.

Alcott’s sporting success has led to off-court opportunities and recognition. He works in television and radio, has signed international endorsement deals, and in 2016 he received the prestigious Newcombe Medal, awarded to Australia’s most outstanding tennis player.

“I’m trying to use my influence to change the way people view those with disabilities,” says Alcott, who lauded the US Open for featuring men’s and women’s wheelchair doubles matches inside Arthur Ashe Stadium this September.

“We need more positive role models with a disability in mainstream media breaking down stigmas. Imagine if Beyoncé had one leg or Barack Obama was blind. The next time a girl went to school with a disability, she wouldn’t get bullied because it would be normal.”