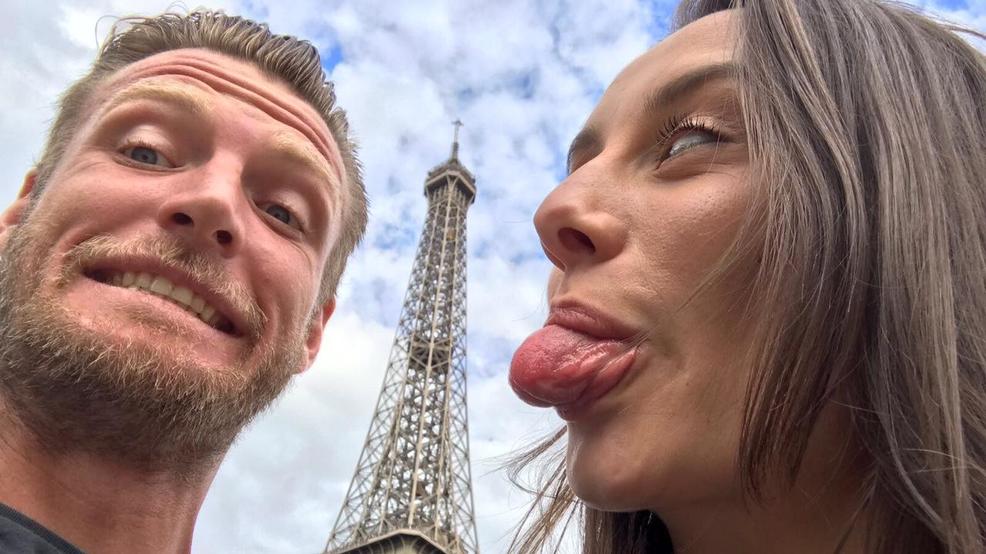 I managed to get through qualifying in Heilbronn. It was good to get three solid matches before moving into the main draw. Unfortunately, I went down in the first round but it was the first time I'd won a string of matches in quite a while.

Britt and I spent one more day in Heilbronn, a region we found out that, in Germany, is famous for its wine. We took an afternoon trip out to a local family run winery, Weingut Neumann. While there, the two sons took us on a tour of the winery and took us through a tasting.

On Thursday, we took the train from Stuttgart to Paris. We checked into our apartment, which is about a mile from Roland Garros. It's nice to be able to stay in an apartment and get away from hotel rooms for a couple of weeks. Also, from past experiences, I know that hotel rooms in Paris are incredibly small... so having some extra space is nice.

I started practicing and training at Roland Garros on Friday with Billy. We did a bike session and went straight on court to get our first hit on site. On Saturday we came in early and got two hours of work in - one hour of work just us and one hour of point play.

On Sunday I did two sessions again and thought my preparation for qualies was done. The draw came out late Sunday night and I play Filip Krajinovic. But, surprisingly, I don't play on Monday - I'm one of the 16 men's matches that have been scheduled to play on Tuesday. So, I'll get back on court and do everything I can to be in the best shape for my match on Tuesday.