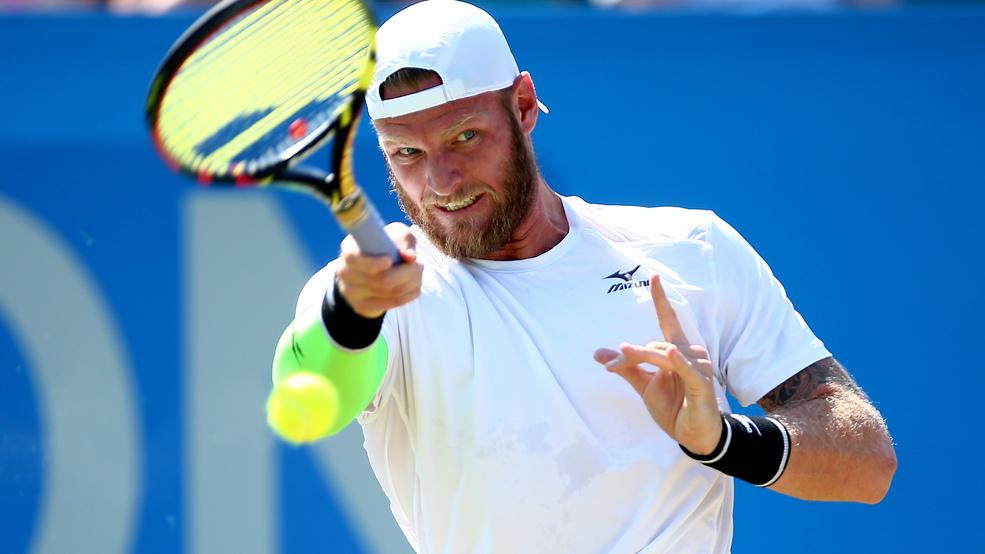 I'm going to start this week's blog by telling you about an interesting scenario that played out during my second round match last week in Nottingham. For those of you that haven't seen the footage doing the rounds on social media, my British opponent Brydan Klein, received his third code violation and subsequently, a game penalty, when I was 6-3 5-4 up serving for the match at deuce. A game penalty is given after a player has already received a warning, and then a point penalty.

There was a lot of speculation as to whether the game penalty was the right decision, and this is my take on it from both a players point of view, and also from being on the opposing side of the net. As a player, if you have received a point penalty, you know that you are skating on thin ice. Now, Brydan received his game penalty for yelling at the umpire, "stupid stupid person". He claimed he was yelling at himself, but from my point of view, if you have already garnered the umpires attention to the point he had, to look and signal anywhere near the direction of the umpire and yell such a thing is going to lead to trouble.

For me, playing on the other side of the net, it is a very awkward situation. You always want to win a match by winning the final point. Hopefully, I would have finished the match by serving it out from deuce, but standing at the net watching a player argue his case with the chair umpire and tournament supervisor, it makes it very hard to celebrate a match win... especially when I thought I had played quite well.

Also for me, this tournament was the first time I had won a main draw match since January, so to be in the quarters after qualifying, I was starting to feel good about my tennis again. I eventually made the semi finals, before losing to Thomas Fabbiano, but in doing so gained a special exempt into the draw this week in Ilkley. It's definitely great to be back on the grass and to be winning matches.