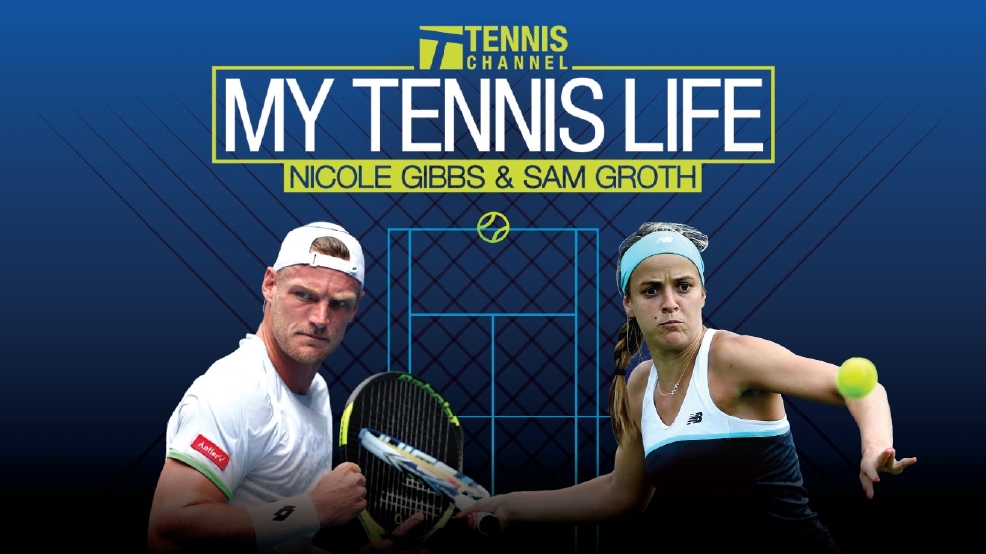 LOS ANGELES, Feb. 22, 2017 – Tennis Channel’s new program, My Tennis Life, is the network’s first multiplatform series and follows tour veteran Sam Groth and rising American star Nicole Gibbs as they navigate the 2017 season. The show will appear both on-air and online, supported by various digital and social media activity from the two players.

Tennis Channel will chronicle both athletes throughout the year, with special emphasis during the BNP Paribas Open, the remaining Grand Slams, and other select tour and challenger events. Groth and Gibbs will also produce their own content in the form of videos, photos, blogs and social media posts when Tennis Channel is not there to record their lives. The series will give tennis fans unparalleled access to two players as they navigate the ups and downs of a professional tennis season.

“It’s amazing to be able to share such an in-depth look into my life and career with the fans,” said Gibbs, who won back-to-back NCAA singles titles as a player at Stanford University and lives in Los Angeles.

“I’m excited to work with Tennis Channel and give fans a look into the lives of professional tennis players,” said Groth, who is a member of Australia’s Davis Cup team and is a native of Melbourne, Australia.

Over the course of multiple installments viewers will get an inside look at Groth’s quest to get back into the top 100 rankings in singles and progress in doubles after reaching the quarterfinals in doubles and the semifinals in mixed doubles at the Australian Open. Fans will also see how Gibbs adjusts to her life on the professional tour after a highly successful career at Stanford. Along with their on-court trials and successes, My Tennis Life will highlight their off-court lives for a rounded view of what it is like for professional players during a grueling, year-long season.

About Tennis Channel Tennis Channel (www.tennischannel.com), which is owned by Sinclair Broadcast Group, is the only 24-hour, television-based multimedia destination dedicated to both the professional sport and tennis lifestyle. A hybrid of comprehensive sports, health, fitness, pop culture, entertainment, lifestyle and travel programming, the network is home to every aspect of the wide-ranging, worldwide tennis community. It also has the most concentrated single-sport coverage in television, with telecast rights at the US Open, Wimbledon, Roland Garros (French Open), Australian Open, ATP World Tour events, WTA competitions, Davis Cup, Fed Cup and Hopman Cup. Tennis Channel is carried by nine of the top 10 video providers.

Sinclair is one of the largest and most diversified television broadcasting companies in the country. The Company owns, operates and/or provides services to 173 television stations in 81 markets, broadcasting 505 channels and has affiliations with all the major networks. Sinclair is the leading local news provider in the country, as well as a producer of live sports content. Sinclair's content is delivered over multiple-platforms, including over-the-air, multi-channel video program distributors, and digital platforms. The Company regularly uses its website as a key source of Company information which can be accessed at www.sbgi.net.

Links to installments of My Tennis Life are available upon request.