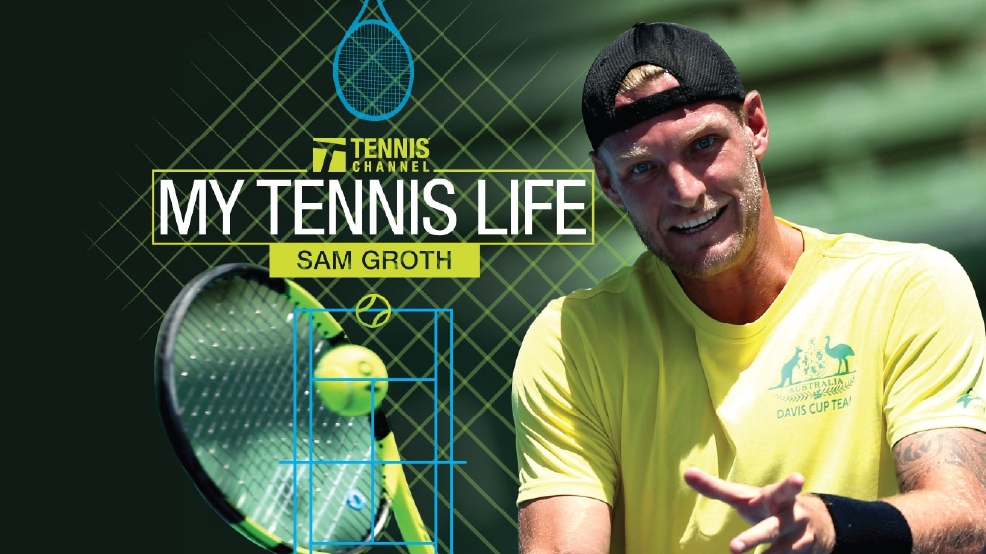 I’ve been traveling around the world as a professional tennis player for just over 10 years now. During that time I've had some incredible highs, some tough lows, and the chance to experience so many different countries and cultures all while doing something I love. And now, I’m ready to share all of that with you. I’ve teamed up with Tennis Channel for a new series that gives you a look into my tennis life. It’s the first multiplatform-content series they’ve ever done, and allows you to follow me all year on television, online and throughout social media.

You'll get the chance to explore the tournaments I’m playing in and get to know the people who are important to me, but I also want to be able to share the things about my life that you wouldn't normally see - some of the not-so-glamorous aspects of a professional tennis player’s daily life.

You’ll see good days, bad days, and everything in between. Join me as I take you behind the scenes of what life is really like on the tour – from fancy hotels to delayed flights, the highs of a win and lows experienced after tough matches, right down to the down time with my family and friends, I want to bring you along for the ride.

Nicknamed “Grothy,” Sam Groth is a professional Australian tennis player who started playing tennis at the age of ten. He grew up idolizing Australian tennis stars Pat Rafter and Mark Philippoussis. In 2011, he switched sports to play Aussie Rules football for the Vermont Eagles in Melbourne, but switched back to tennis in 2012. In 2015, Sam received a Newcombe Medal, an award given annually to Australia’s most outstanding player. In August 2015, he reached his highest ATP singles ranking of No.53. When not playing tennis, He enjoys watching most sports, movies, and listening to music.