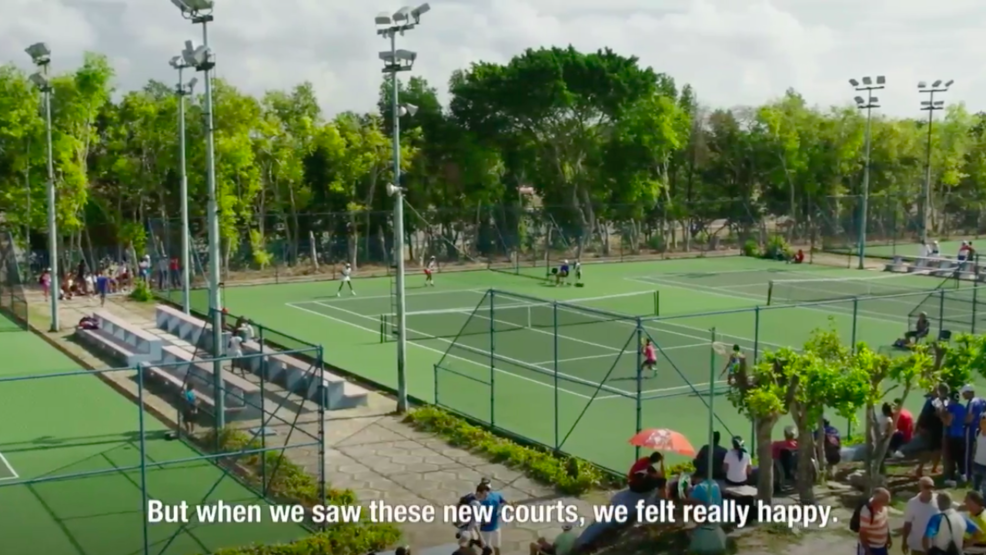 Earlier this year, Tennis Channel traveled to Havana, Cuba to chronicle a most unexpected transformation: the rebirth of the country’s National Tennis Center by a group of Americans. Originally built for the 1991 Pan-American Games, the NTC’s courts had fallen into utter disrepair, a playing surface in name only. The nets sagged, the fences rusted—it was a dismal scene. The playing conditions were both unsafe and unacceptable by any reasonable standard. You can see hi-res photography of what the NTC once looked like over at Baseline.

Neglect had taken the life out of these courts—but not the game out of the players. That's what Jake Agna, a tennis pro from Burlington, Vermont and co-founder of the Kids on the Ball youth tennis program, discovered after making regular visits to Havana. Agna watched a CBS Sunday Morning episode that highlighted a musician’s cultural journey to Cuba; inspired by the piece, Agna made his first trip to a nation seemingly off-limits to Americans for decades. He saw the value of his own cultural connection, through tennis, and the potential of the Cuban children—as well the unsuitable conditions they played in.

Needing the right equipment and facilities to bring their tennis dreams to life, Agna coordinated an effort with Hinding Tennis, a court-construction company from Connecticut, to undertake the first on-the-ground U.S. work project in Cuba in over 60 years. What they have achieved, and what they still wish to achieve, is the subject of Tennis Channel’s latest documentary project: