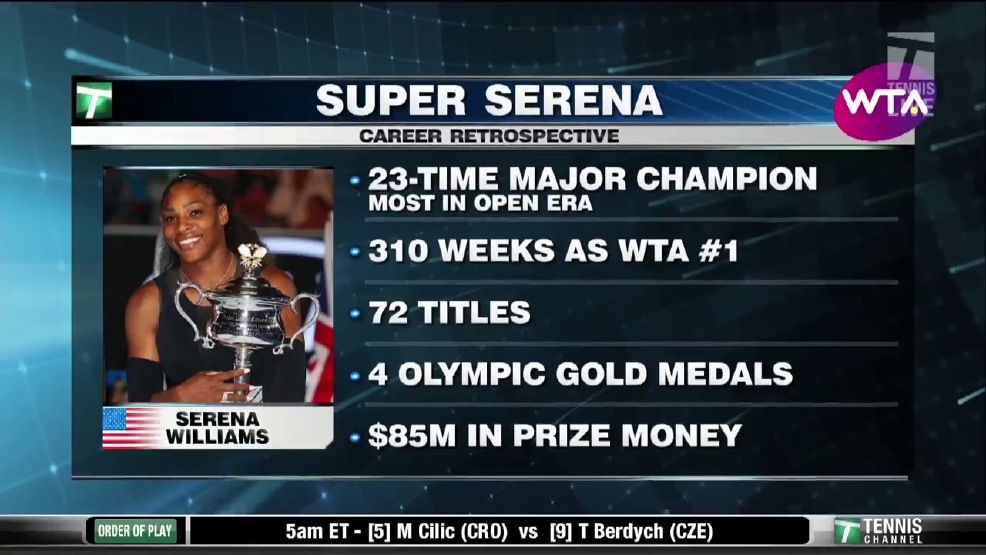 In this edition of Unstrung, Jon Wertheim weighs in on the Serena Williams pregnancy news.

On Wednesday morning, the 23-time Grand Slam champion posted on Snapchat a picture of her showing off a baby bump with caption "20 weeks." At 20 weeks, Serena would have been pregnant while winning the Australian Open in January. She hasn't played a tournament since then.