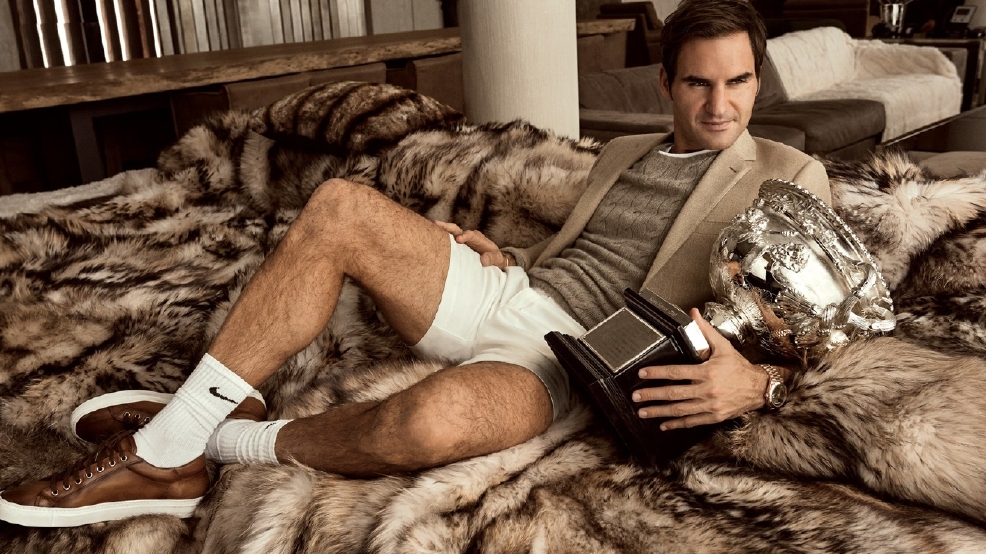 18-time Grand Slam champion Roger Federer appears on the cover of GQ Magazine's April issue. In his interview with GQ, Federer talks his 2017 Australian Open title, retirement, movies, and thank you notes. Some of it, was news to us...

3. The night before he won the 2017 Australian Open title, he watched Lion with his family--and was an emotional wreck.

4. He still gets nervous before matches. And finds it kind of annoying.

5. Winning in Australia this year was “perhaps the most special” Grand Slam of his career. “Winning Australia, it solves so many problems."

As for retirement? Federer told GQ Magazine that he will know when that time comes:

“Let's say I have a tournament,” he said... Every time it's been: I'm happy to go. I'm still doing the right thing in my heart. It's a test. If that moment comes and I'm like, ‘Hmm' I've heard other players say the same thing. A friend went to the airport and turned around—he couldn't go play that tournament; he needed to see his family. That's probably the end of a career.” He paused. It sank in. He smiled. “We like it so much here, but nevertheless I'm still happy to keep moving.”