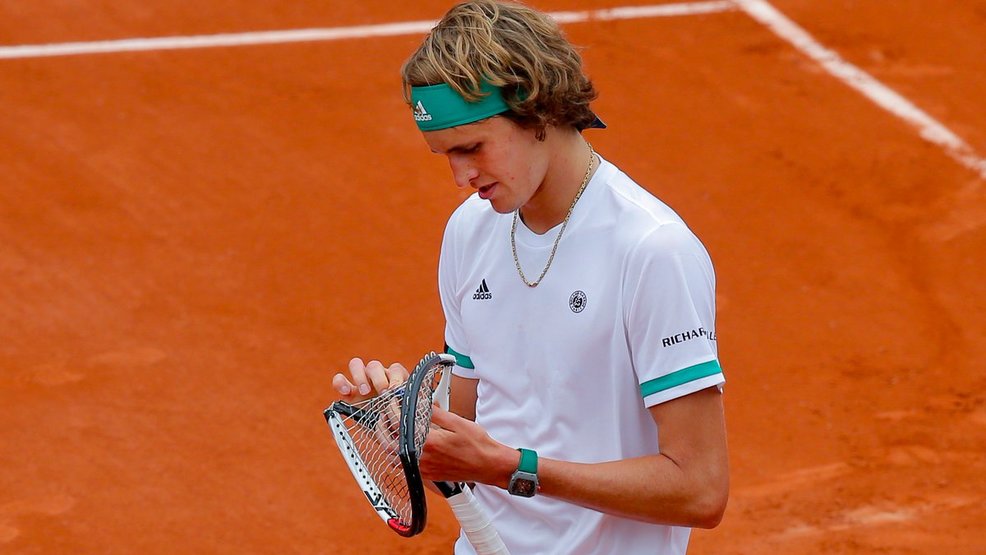 PARIS -- Day three started with two big upsets, maybe the other one not so big since Fernando Verdasco is good at being a dark horse in Grand Slams--he stunned Rafael Nadal in 2016 Australian Open first round. He's good like that. Newly minted Top Tenner and Rome Open winner Alexander Zverev said au revoir and Britain's top female player Johanna Konta was outplayed by a woman who is of a woman ranked No. 109. Other storylines, medium ones, included Juan Del Potro's long-awaited return to Paris, and top seed Andy Murray's near scare.

Acing like he was playing on grass, Nick Kyrgios eased past veteran Philipp Kohlschreiber in straights 6-3 7-6(4) 6-3.

After battling with a wrist injury that resulted in a series of wrist surgeries, today Del Potro played at Roland Garros for the first time since 2012, taking out his Argentine compatriot Guido Pella 6-2, 6-1, 6-4.

Madison Keys, who hadn't won a match in a while, broke her four-match losing streak with a convincing 6-3, 6-2 victory against Ashleigh Barty. The 22-year-old American never faced a breakpoint the entire match.

Coming off a title win in Geneva a couple of days ago, No. 3 seed Stan Wawrinka continued his winning ways with a straight forward 6-2 7-6(6) 6-3 win over Jozef Kovalik.

After proving he belongs on the big stage with his big win over Novak Djokovic in Rome over a week ago, No. 9 seed Zverev showed some let down as he fell to Fernando Verdasco in the first round. It's worth pointing out that Fernando is usually a dark horse, so some might think it wasn't that much of an upset.

""I played absolute sh*t made the difference. It's quite simple," said Zverev after his match.

Konta's slump on clay continued as she saw her clay court season end on sour note. After running away with the first set, the No. 7 seed was shocked by