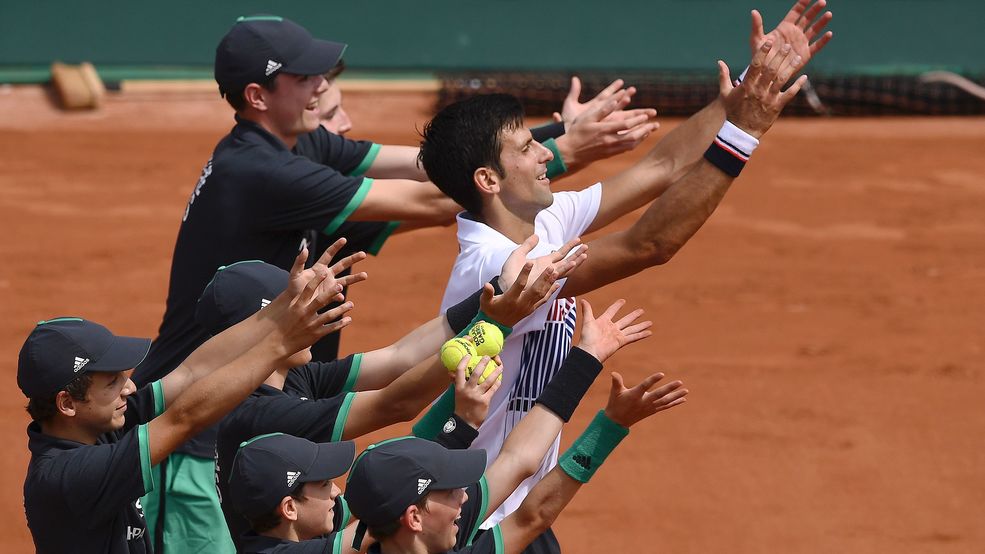 Day 2 Winners and Losers: Nadal's Quest and Johnson Gets Emotional

PARIS -- Day two didn't disappoint as big names (and less big ones) took center stage to kick off their Roland Garros campaign. Unlike day one where we witnessed top seed Angelique Kerber make history, not the good kind, as she became the first WTA No. 1 seed to lose in the first round of Roland Garros. Despite their underwhelming seasons so far, the defending champs Novak Djokovic and Garbine Muguruza came armed, showing they're ready to protect their titles. Rafael Nadal took first of the seven steps for his historic quest, the good kind, and Steve Johnson showed us he has a lot of heart, which got us all emotional.

Still mourning the loss of his father who passed away earlier this month, Johnson showed a lot of heart in his dramatic comeback in a match that played over two days. Johnson cruised in the first two sets but Yuichi Sugita rallied to take the third set and was up 4-2 in the third when play was suspended because of darkness. Johnson regrouped overnight and came out with a positive attitude, which helped him rally to close out the match 6-3 6-3 6-7(4) 6-7(3) 6-3.

Nadal's quest for historic 10th title kicked off in high gear as he cruised past Frenchman Benoit Paire with a 6-1 6-4 6-1 victory. The Spaniard, who won his 10th trophy in Monte Carlo and another 10th in Barcelona, is endeavoring to do what no man has done before: to win 10 titles in one Grand Slam tournament.

Muguruza, who has struggling since winning her maiden Grand Slam here in Paris last year, looked good in her defense bid. She still has six more matches to play but today, she showed no signs of nerves.

Like Muguruza, Djokovic has struggled since capturing his first Roland Garros title last year that capped his Career Grand Slam, famously dubbed the 'Nole Slam.' He has since only won two titles -- Rogers Cup in Toronto last July and Doha Open in January. With former world No. 1 Andre Agassi in his corner, Djokovic played some good tennis today and if he keeps that up, we'll likely in for a major semifinal treat. That's if Nadal gets there. A tiny if.

What a moment for fan favorite Kristina Mladenovic! The Frenchwoman shed some good tears after her very tough win against an inspired Jennifer Brady. The No. 13 seed, who came from a set down, was made to fight her back injury and an unrelenting Brady, as she rallied from a breakdown early in the set to prevail 3-6, 6-3, 9-7.

No 19 seed CoCo Vandeweghe followed her strong semifinal run in Australia with a first round exit here in Paris, bowing out in straight sets 6-1 6-4. Missing was the swagger Vandeweghe exhibited during her cinderella run in Melbourne.