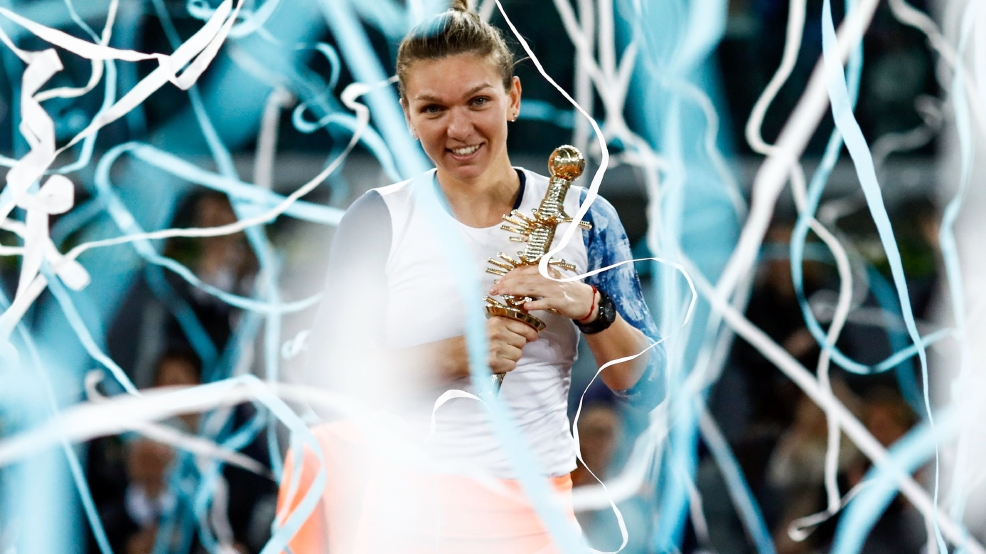 MADRID, Spain -- For the first time in her professional career, Simona Halep defended her title with a three-set victory over Kristina Mladenovic in the final of Mutua Madrid Open on Saturday.

"I feel great that I could defend this title," said the elated Halep. "It means a lot because it's very big and gives me confidence for the bigger tournaments. I feel that actually I have the game to win big tournaments. I have just to be consistent mentally. Today I struggled a little bit.

"But in the end, I was stronger. I was better mentally. I'm proud actually that I could stay there focused. It means a lot. It gives me, like, a little bit of relax time. I started pretty bad this year. Now I'm back with the confidence.

Mladenovic also made the Stuttgart final, where she lost to Laura Siegemund. She took out Maria Sharapova in the semifinals of Stuttgart en route to her final run. Mladenovic is having one of her best seasons, winning her first career title in St. Petersburg in February, and making four finals this season.

Earlier today Rafael Nadal snapped a seven-match losing streak against Novak Djokovic with a straight-sets 6-2, 6-4 in the semifinals.

Nadal extended his winning streak to 14 matches and is one win away from his 52nd clay court title and 72nd tour-level trophy. This particular win over Djokovic puts Nadal as a clear favorite to win his 10th Roland Garros.

"It's true that some matches are more important than others," said Nadal referring to breaking the seven-match losing streak. "But I'm just here to try to make it the best possible way, to play my best tennis, and of course to beat an opponent such as Novak, it gives you a lot of confidence. It shows you you're working in the right way."