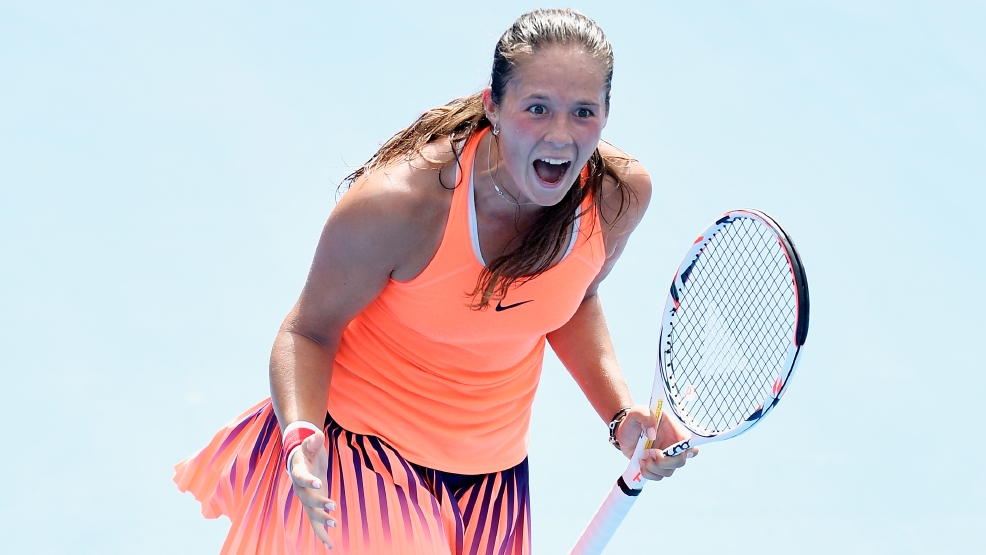 SYDNEY, AUSTRALIA - JANUARY 10: Daria Kasatkina of Russia celebrates after victory in her second round match against Angelique Kerber of Germany during day three of the 2017 Sydney International at Sydney Olympic Park Tennis Centre on January 10, 2017 in Sydney, Australia. (Photo by Brett Hemmings/Getty Images)

Kasatkina and Ostapenko Set up an All-Teenage Final in Charleston

CHARLESTON, S.C. -- It will be the battle of the 19-year-olds in the Volvo Car Open final as Daria Kastkina and Jelena Ostapenko won their respective semifinals on Saturday in Charleston.

In the first semifinal, Daria Kasatkina rallied from a set down to defeat Laura Siegemund 3-6, 6-2, 6-1.

"The difference is that I had two matches over three hours and she didn't, I think," said Siegemund in her post-match interview.

"I just couldn't move anymore. The week is a long week, and I'm a really fit player but she just started giving me no pace at all.

"I just started to miss here and there like this, my serve started to go down. Very frustrating for me because I was playing really well and it was like someone unplugging my energy."